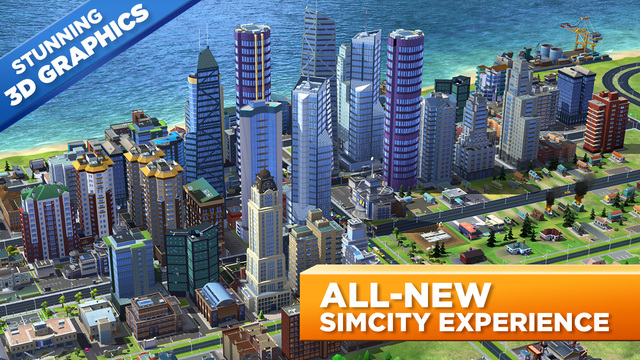 The SimCity series is one of the more popular simulation franchises ever created, with a lot of fans all over the world anticipating each new release.

Unfortunately the franchise has been at the center of controversy in recent times. The latest game of the series, simply called SimCity, is one of the more controversial releases of recent years, as the game was pretty much unplayable at launch due to server issues. Forcing players to be connected online to play the game wasn’t a good move, considering that it’s been discovered sometime after release that the game could be played offline without any problem.

All this controversy hasn’t stopped EA from working on another entry of the series, which has been released today on the App Store. SimCity BuildIt is a free to play release, featuring a similar gameplay experience to the rest of the series that can be played on the go. While there’s a lot of building and managing to do, SimCity BuildIt is not as complex as previous entries of the franchise.

SimCity BuildIt is now available for download on the App Store. The game is a free to play one so expect to see plenty of IAPs and other f2p mechanics.