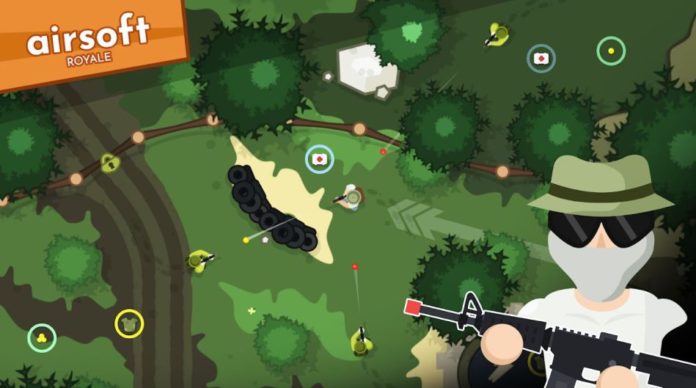 The Silo’s Airsoft Royale tips and cheats we will share with you in today’s article will help you beat all the enemies and survive for as long as possible. You may think it’s very hard, and it might seem frustrating at first (and rightfully so!) but if you follow this Silo’s Airsoft Royale guide, everything will make much more sense!

If you like the game’s minimalist and cool graphics and the strategic play style, then let us help you get better and start thinking in terms of a real airsoft battle scenario! So, without further ado, let’s dive right into the Silo’s Airsoft Royale tips and tricks!

This is the first problem I encountered when I started playing. The very first wave is the most difficult one, as you will find it so difficult to use the bullets correctly. So basically you are given a fixed number of bullets, and you shouldn’t start shooting left and right as soon as you start, because when you will encounter an enemy, you might run out of bullets.

To take down enemies at start, you will need to conserve as many bullets as you can and only shoot when you know that you will hit and damage the enemy (and eventually kill), and not shoot and hope for the best (as I did at the beginning and noticed the bullets don’t recharge automatically). 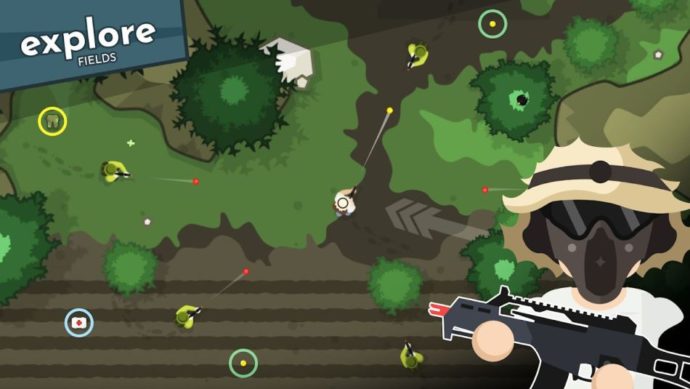 So keep this in mind, especially if you are just getting started in the game. This is going to make things a lot easier!

Use the terrain to your advantage

If you are getting stuck in the rocks or buildings when walking, then don’t get too upset and rather think about how you could use this to better benefit you. For example, if you see enemies approaching, find an area with multiple rocks and run around them. The enemies will probably try to shoot at you, but their hits will go right into the rock!

This tip works especially well for the bosses, which by the way, are a thing too! Some bosses will have slightly more powerful attacks, some which might even send a barrage of arrows towards you. Remember to stand right behind a big rock and that enemy’s attack useless!

If you are a little more advanced, you can try to “bug” the enemy, by positioning yourself behind a big rock, right opposed to the enemy’s location. The enemy will try to get to you, but you can run the other way. That means that no matter which way the enemy will try to approach you, you will always keep it at the same distance away from you.

Also, from time to time you can peek out and start firing whenever the enemy / enemies are in range. But remember, be wary of your bullets!

Even if you think that you suck at the beginning, and are unable to pass the level, try to focus and get past that negative state of mind. If you can’t seem to beat any enemy, then just play by picking up the coins and trying to dodge incoming enemy attacks as much as possible.

Once you have collected enough coins, you can upgrade and unlock new items, and hopefully that will raise your morale in case you got upset because the game seems too hard. 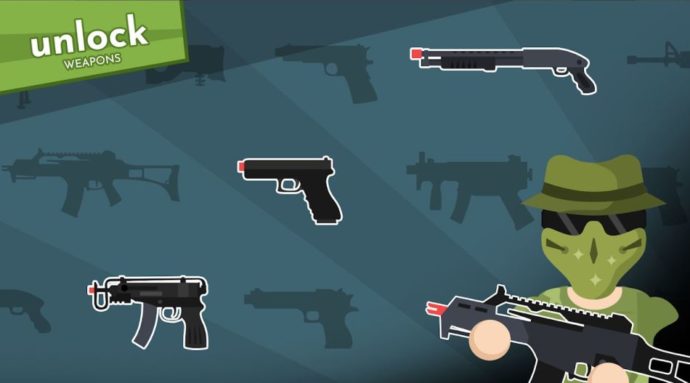 This is the more passive way to play the game, so if you don’t mind just running around and looting, then you should definitely try it out. Of course, this method isn’t for everyone, as the game is designed to fight basically, so it kinda goes against the typical way of playing.

Pick up all the items!

You will often see on the ground along with the coins mentioned above, some other cool stuff, such as Health Packs! You should collect those to increase your health, because it will be beneficial in the long run, for sure!

You can equip a Magnet to facilitate picking up all the loot, because that will attract all the loot from a larger area than it would normally happen without it equipped. This is a great technique that will basically let you loot more stuff and be safer when doing so.

Be wary of your range

As you can see, there is a circle around your character that represents the attack hit range. This means that your shots can only hit the enemies within that range, so if you try to shoot at an enemy that you spot in the corner of your screen, it won’t work.

The best way to maximize your range and try to be as accurate as possible, is to lure the enemy. The way to do this is by getting your enemy in the range, and then moving backwards. By moving backwards and shooting, while the enemy is still approaching you, you can easily dodge their hits and they will get hit by yours even if they are not in range.

This works because once you launched a shot, that shot will count towards the range you had when you launched it. So if you move backwards right after shooting (and while continuously shooting) your shots will leave the impression that they “travel more distance”, when in fact they just follow the initial path. 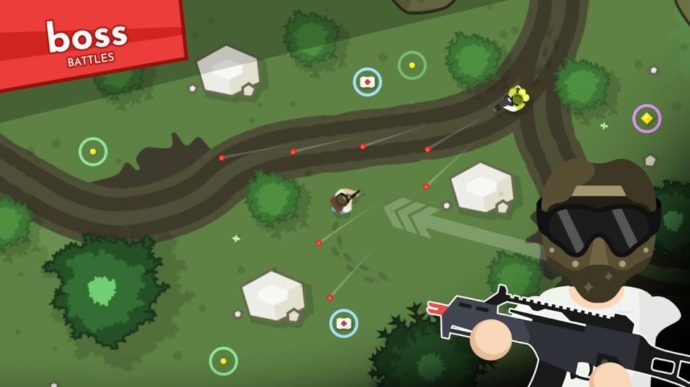 This way can only work when you let the enemy chase you, because else if you start chasing the enemy, it will have exactly the opposite effect: you will have shorter ranged shots.

Dodging is really easy in this game, as you can basically tell where each shot is going and you have plenty of time to react. It will work best if you move in circles around the target while they shooting at you, because this is the easiest way to lock onto them and still not get hit.

This technique works really well with multiple enemies too, but you will have to try to do something like an “8 shaped” pattern where you will move, if the terrain allows for that. Circling the enemies is better than going in a Z shaped pattern, as that pattern will still not be as safe from hits as a circular one.

Try out different weapons and upgrades

Some weapons deal more damage than others, so whenever you get something new, try to play several games to find out the weapon’s true potential. The same works with the gear. Always equip newer and more powerful gear, and don’t forget to upgrade them constantly to have a better survival rate and kill potential.

These would be all of our Silo’s Airsoft Royale tips and tricks, but if you know some other cool battle techniques and strategies, leave them down in the comments below to be shared with everybody!