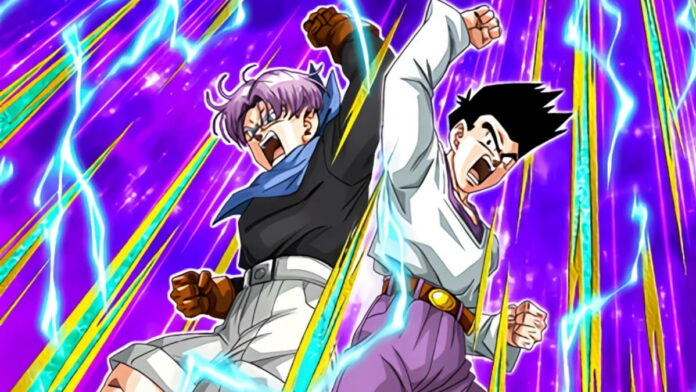 Gohan and Goten start the show with powerful self-sustain and huge damage potential. They have a great link set, and they can even provide Ki with their leader skill. Their Active Skill is hard to activate, but the Ki bonus is great for teams that are Ki hungry.

SS Evolved Vegeta is a super powerful unit with good stats across the board. He’s got high damage and is very durable, making him usable in just about any team composition. The only downside is that he’s lacking some crucial link skills, like Super Saiyan and Warrior Gods.

Powerful unit with great all-around stats. Like Vegeta, her only downside is a rather lacking link set.

Androids 17 and 18 can deal lots of burst damage thanks to their Active Skill. They’re quite sturdy too, and they can seal super attacks, giving them lots of utility.

Power Beyond the Extremes Gohan (Teen)

This version of Gohan has fantastic defense, and he can dish out some nice damage at the same time. He’s got decent self-sustain, and he can stack ATK and DEF bonuses. His Active Skill is easy to activate as well.

Much like Power Beyond the Extremes Gohan, Trunks and Goten have an ATK and DEF buff that can stack as well. They have high damage and defense, but their link set isn’t that great.

Gohan and Goten can bring the pain on their enemies with high attack, but they’re somewhat lacking in the defense department. They’re a great support unit for the Siblings’ Bond category, though.

This form of Vegeta is a great unit all-around. He’s got high damage, defense, and he can even stun opponents. He’s reliant upon having other Pure Saiyans for the stun, but there’s no shortage of those kinds of units.

Tapion and Minotia have really high attack and defense, and they even have a decent debuffing move. With that said, their link set is pretty lackluster, so they don’t pair well with a lot of units.

Tapion himself is a fantastic unit. He’s durable, hits very hard, and he’s got a giant transformation that’s pretty easy to activate. He’s only lacking a good link set, but he’s still a powerful unit on his own.

Goten is a straightforward unit that can deal lots of damage and take it in return. His links only really affect a very small set of units, so keep that in mind in team compositions.

Gohan is the best supporter for this unit category, and he’s a great tank with stunning capabilities.

Saiyaman is another good supporter, able to tank and hit hard within his own abilities, and his links affect a great number of units.

That concludes our tier list of the Siblings’ Bond category in Dragon Ball Z: Dokkan Battle. Think a unit should be in a different tier? Let us know your thoughts in the comments below!