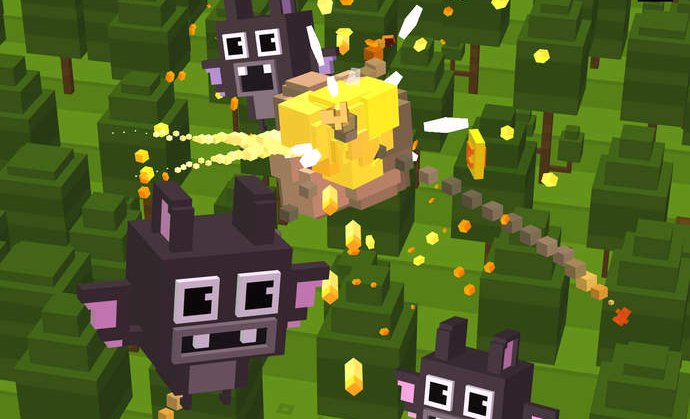 Shooty Skies is an addictive new endless shooter game that has just been released on the App Store – a title that will keep you busy for quite some time and challenge you to defeat the zanies, funniest and funkiest enemies ever. However, it’s really difficult to ace this game, so I am here to help you get a bit further with some Shooty Skies cheats and tips to help you get the best weapons available, shoot down as many enemies as possible and get as far as possible with the highest scores ever. Sounds fun? Then let’s do this!

Your skill is what matters the most when playing the game, but for everything else, we’ve got you covered, so let’s not waste a single second and instead let’s check out some Shooty Skies tips and cheats below!

1. Keep your money for the best weapons
You don’t “buy” weapons permanently – you just unlock them for two hours when you purchase them – so make sure that you only spend your hard earned cash on the best. I personally believe that the Quad Guns are above are the ones you should aim to get, but you should try them all once and see which one’s your favorite. Usually sticking to unlocking it over and over again is the key to success because each gun plays a bit differently and you have to become the master of a type to get as far as possible.

Don’t forget that you don’t have to but all the previous weapons to unlock a new one. In other words, if you want to get the last one (the Honey Badger), you don’t have to unlock all the previous weapons – just get to it and spend the coins to get it. Finally, have in mind that any weapon upgrades and power-ups that you pick up along the way might change your current weapon. Still, getting those power-ups is worthwhile because you also have a big chance of unlocking a sidekick which is extremely useful.

2. Learn the patterns
All enemies shoot in a similar pattern and have the same behavior whenever they appear. Even though there will be moment when there will be a real bullet hell on your screen, there will be places for you to stay safe. The secret is not to panic and to know the patterns, then wait for the danger to pass before shooting at your enemies. And even though sticking to a position is usually all you have to do, you might also have to, in some situations, move around: do so slowly and stay as calm as possible!

3. Hurry that count down timer!
If you don’t want to continue when you get the countdown timer, simply tap the screen and it will go faster.

4. Don’t stick to the bottom
Enemies will push you down and you will naturally have the instinct to keep your ship at the bottom of the screen, but that’s not always a good idea. Give yourself options and learn to move around in the bottom third to dodge shots, enemies and shoot better. In the end, if you are closer to the enemy, your missiles will hit them sooner!

5. Play on an iPad
If you have the option to choose between iPhone and iPad, go for the latter because the larger display helps you control the ship better and have a better view of everything happening on the screen – especially those tiny shots that seem to come from anywhere later on.

All the rest is up for you to do: practice a lot and play often to get better and really soon you’ll be scoring the thousands with relative ease. If you have other tips and tricks for Shooty Skies, let us know by commenting below!