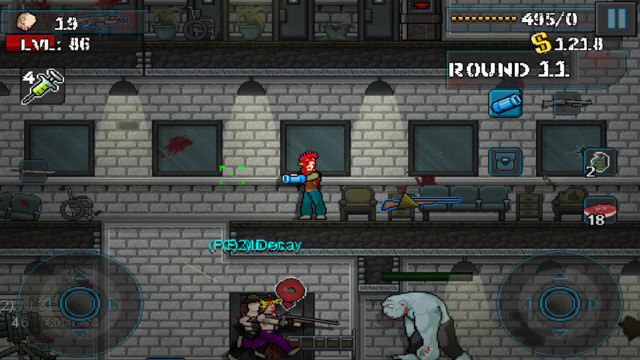 Back in October plenty of iOS games featuring hordes of zombies have been released in time for Halloween. If you still haven’t had enough of the undead and would like to blast more of them during the Christmas festivities, you may want to check out a new game that’s been made available on the App Store a few hours ago.

The game is called Zombie Kill of the Week – Reborn and it’s not exactly a new game, as it’s been released on Steam some time ago. In the game, players will have to survive as long as possible in each run, fighting off an endless zombie hord. Being a 2D game, some might think that this isn’t too hard but a few runs will show you how this is not the case.

The Zombie Kill of the Week – Reborn experience is made more varied by the customization features, which allow players to improve their weapons and more through cash. The in-game’s money is also used to unlock more areas and acces the special magic fridge. ZKW Points, another currency of the game, can also be used to further customize characters and weapons.

Zombie Kill of the Week – Reborn is now available on the App Store.