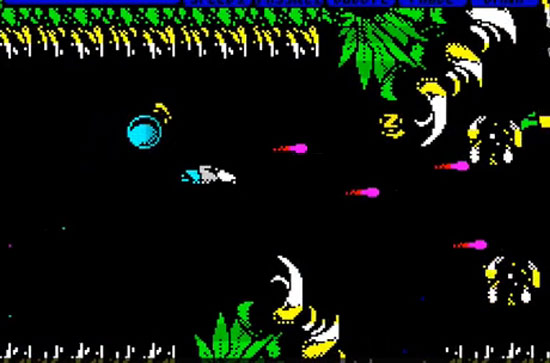 Old school shooter games have managed to make a glorious come back in recent years thanks to smartphones. As these game don’t usually require complicated controls, they are just perfect to play on the go on touch screen based devices. If you like these games and want to play a new title, you may want to keep an eye on an interesting title that will be released in the future.

Z-Exemplar is a game that’s been clearly inspired by the best old school side scrolling shooter games of the past such as R-Type and others. The game will feature plenty of enemies to shoot down and a lot of different power-ups that will allow players to obtain the highest possible score. A new trailer has been made available recently for the game and you can check it out right below.

Z-Exemplar is currently in development for iOS and a release date has yet to be confirmed. We will keep you updated on the game as well as on its possible release date for all regions as soon as possible so stay tuned for all the latest news on this interesting shooter game.