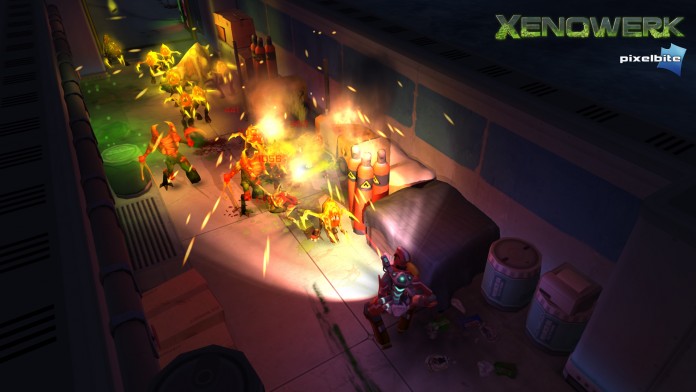 A new game from Pixelbite, the team behind Reckless Racing and several other good games, has recently announced a new shooter game that looks rather interesting.

Xenowerk is going to come with features players expect out of similar games such as a lot of stages of varying difficulty, plenty of weapons to collect and use and more. The game also includes an upgrade system which will allow players to improve their weapons and armor and several special powers that will make taking down mutants much easier.

Xenowerk is going to be released sometime this Summer on the App Store. A precise release date has yet to be confirmed but we will let you know more about the matter as soon as more comes in on it so stau tuned for all the latest news.