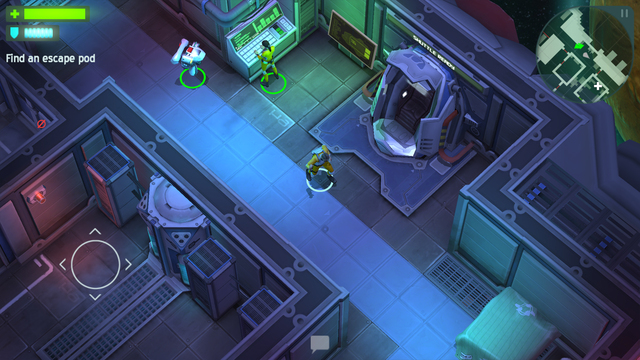 Space Marshals, the shooter game developed by Pixelbite, has been updated with a new feature that will make those who prefer traditional controls quite happy.

After updating the game, players will finally be able to use MFi controllers in Space Marshals. The lack of support for controllers was quite strange, considering other games from the team were released with MFi controllers support, but it’s good to finally learn that Pixelbite has fixed this small issue.

MFi controllers support in Space Marshals is a welcome addition indeed, considering the game will soon receive a new update with the second chapter of the game. The Space Marshals Chapter Two will be released as a free update sometime during March and will include several new missions, new enemies, new loot and more new features yet to be detailed.

Space Marshals is now available for purchase on the App Store for $4.99. The game’s second chapter will be released next month, with a third chapter coming on a yet to be confirmed release date. We will keep you updated on the matter as soon as more comes in on it so stay tuned for all the latest news.