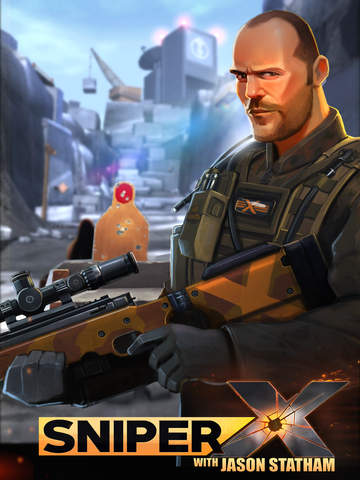 A new shooter game is now available on the App Store, a game where players will have to shoot down a variety of enemies while receiving help and orders by a known British actor.

The new game is called Sniper X with Jason Statham and it’s been developed by Glu Mobile, the team behind several other iOS games. In the new game, players will have to shoot down a variety of enemies with well placed distance shots, with the British actor Jason Statham giving players help and orders. The game also allows players to slow down time and zoom in so it’s not to difficult to shoot accurately enough and receive the rewards coming with perfect shots.

Shooting from a distance isn’t all you will have to do in the game. Sniper X with Jason Statham is thankfully a more varied experience than what it may seem at first glance, as there are sequences where players must take on multiple enemies with weapons other than sniper rifles such as shotguns and assault rifles.

Sniper X with Jason Statham is now available for download for free on the App Store. The game seems to offer a really interesting shooter experience so make sure to check it out if you’re into shooter games.