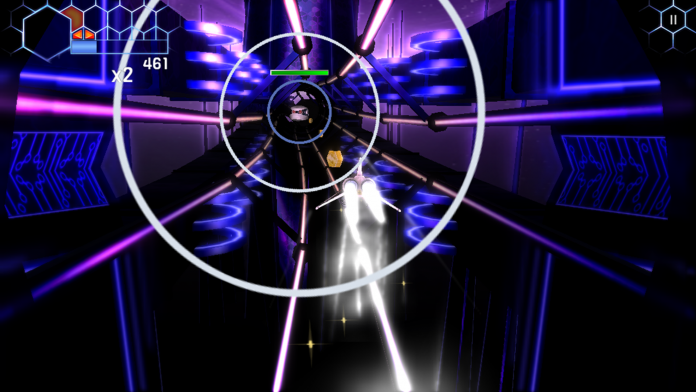 A new really interesting shooter game is going to be released later this week on the App Store.

SineWave is a new shooter game developed by Mad Fellows. In the game, players will be controlling a ship as it travels through some strange futuristic tunnels with drum’n’bass tracks in the background. In order to complete each stage, players will have to dodge all the barries that appear in the tunner as well as shoot down drones and door. Having been developed by a team also including people who have worked on Dj-Hero, SineWave’s gameplay experience is heavily connected to its soundtrack, with the tracks created by Zomboy, SKisM and Noisia, among others, dictating the actual rhythm of the experience.

SineWave seems to be the perfect game for those who love certain musical styles and shooter games at the same time. The rhythmic gameplay experience, the unique graphical style and catchy soundtrack will surely make the game one to remember.

SineWave will be released on the App Store on January 15th. The base game will be available for free, while extra tracks will be made available for purchase in the game’s store.