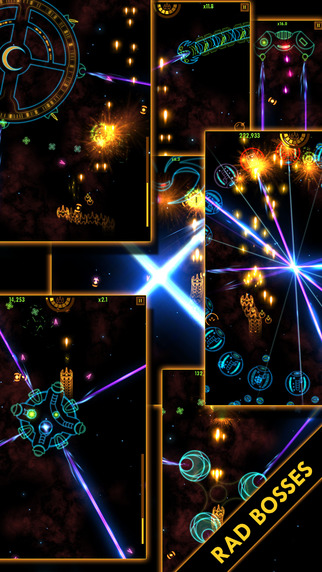 The biggest new addition of the 5.0 update is the new Blockade mode, which is a difficult new mode where players will have to deal with a huge number of enemies. If you thought Plasma Sky was an easy game, you will definitely change your mind after playing this mode.

The Plasma Sky 5.0 update also updates the game’s Conquest mode with twenty new levels. Five new bosses have also been added as well as a new Music track from the original composer, a new Power-Up called the Seeking Shot and several visual enhancements that make the game look better than before.

Plasma Sky is an old school inspired shooter game where players control their ship and try to shoot down waves of enemies. The game is incredibly fun and engaging, thanks to its simple to grasp gameplay experience which is enhanced by the great visuals and presentations. If you’re a fan of arcade shooter games, Plasma Sky is a game you really need to experience.

Plasma Sky is now available for purchase on the App Store for $0,99 instead of the usual $1,99 to celebrate the release of the update. The price will go back up next week so make sure to take advantage of this deal if you’re interested in the game.