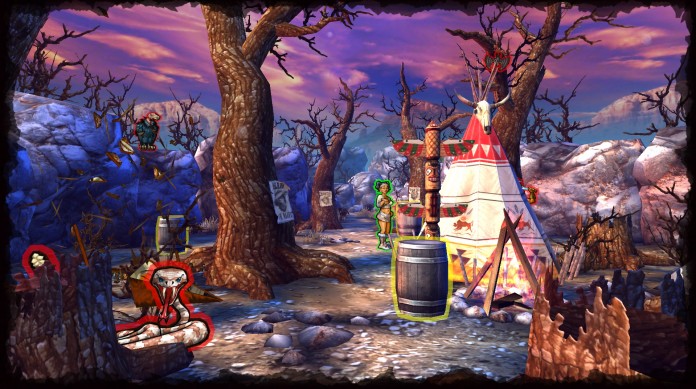 If you cannot help but play and enjoy every shooter game that gets released on the App Store, you may want to get your fingers ready, as another interesting game will be released in the near future for iOS devices.

We’re talking about Mad Bullets, developed by IsTom Games, an arcade on-rails shooter that promises to be as mad as its name implies.

As expected from such a name, Mad Bullets will be set in the Wild West, where pretty much everyone will want to have a piece of you. Despite the not too original premise, Mad Bullets does feature some really interesting features, like the unique presentation, where everything looks like a cardbout cutout. The whole action will be made exciting by the game’s presentation, with barrels rolling down slopes, bullets flying all around and more.

The basic gameplay experience doesn’t seem to be much different from other on-rails shooter, with gamers having the ability to also shoot at parts of the scenery for extra points. As the game is still in the works, however, more features may indeed get included.

Mad Bullets will be released later this Summer on the App Store. We’ll let you know more about the game and its final release date as soon as more news come in on the matter.