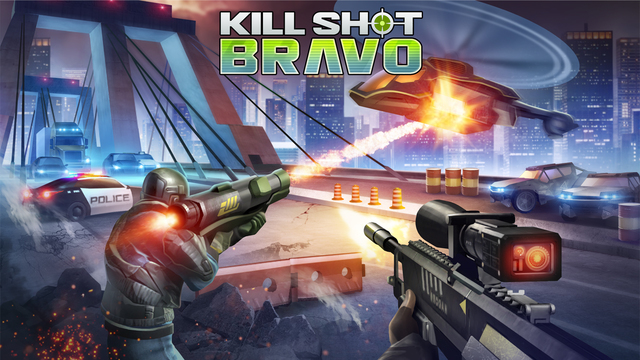 Some time ago a solid first person shooter called Kill Shot has been released on the App Store. The team behind the game, Hothead Games, has been working for some time in tweaking the Kill Shot sequel, Kill Shot Bravo, and it seems like the game is finally ready for release, as the team confirmed when it will be available for download in all regions.

Kill Shot Bravo will be released on the App Store globally next week, on November 19th. The game has been made available in soft-launch mode in select regions a while back so it’s possible to try out the game before its official release if you have access to other regional App Stores.

Kill Shot Bravo improves the gameplay experience of its predecessor in many different ways, sporting improved graphics, a single player campaign packed with content and a multiplayer mode. The over 200 missions included in the game will only be the beginning, as the team is planning to add more content following release. The game will also come with some unique social gameplay features that will make playing the game with friends even better.

Kill Shot Bravo will be released on the App Store in all regions next week, on November 19th.