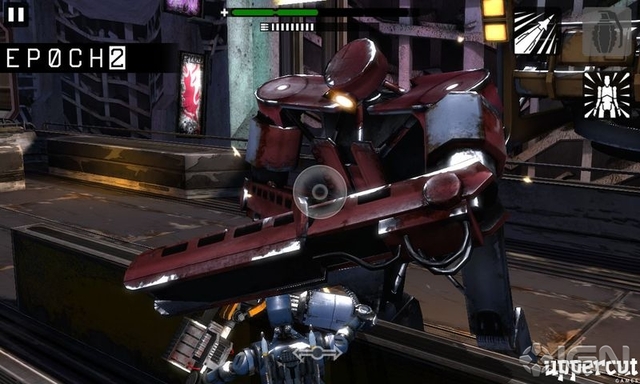 This weekend is going to be quite rich for iOS gamers looking to get all the latest games. Earlier today we have reported that the adventure game Oceanhorn will finally be released on the App Store later this week, after being in development for over 2 years.

A quite different game is also going to be released on the same day. Uppercut Games has confirmed that its robotic shooter game Epoch 2 will be released on Thursday November 14th.

The game features a gameplay experience not so different from the first game. The sequel will be a high speed shooter game where you will have to shoot at anything that moves while trying to cover from enemy fire.

In Epoch 2 some new enemy types will make players think harder about new ways to defend, as flying enemies will be able to shoot you from above, rendering your cover useless, just to make an example.

Epoch 2 isn’t a simple shooter gamer either, as it features a few role playing game elements that will allow gamers to improve their character and even unlock new special moves. The game also features an active reload system, making the gameplay experience deeper and more engaging.

Epoch 2 will be released later this week on the App Store. If you’re not really sure about the game or you’re worried about its length, don’t worry, as the game is going to be longer than its predecessor. You can also check out a gameplay video for Epoch 2 right below.