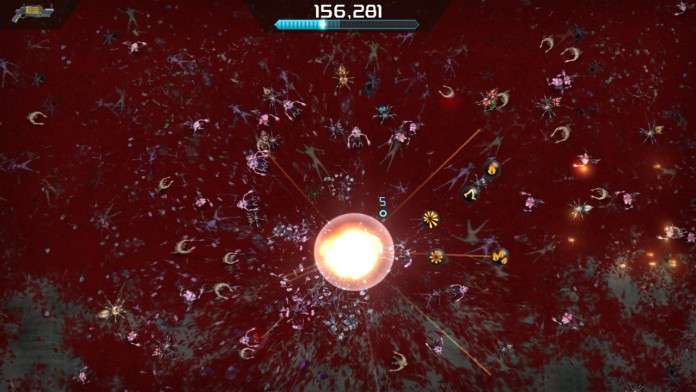 A new shooter game is now available on the App Store, a simple yet engaging game that Canadian users have already been enjoying for a few weeks.

Crimsonland HD is the iOS port of the shooter game that’s been released on PC and PlayStation Vita recently. Luckily, it didn’t take that long for the game to be released outside the Canadian App Store.

Crimsonland HD is a really simple shooter game. Players will be entering arenas filled with enemies and will have to shoot at anything that moves. Enemies are incredibly varied, with aliens, giant lizard, spiders and more getting thrown in. Once an enemy is defeated, only blood will remain, turning the arenas into an eerie crimson color.

Crimsonland HD also features some light role playing game elements that make the gameplay experience a little less simple, like unlocking guns, perks and more. All the upgrades and new guns will allow players to survive for longer, kill for longer and rack up more points.

Crimsonland HD is a game that doesn’t do anything different and doesn’t even try to do so. The simple gameplay experience is incredibly solid so make sure to check the game out if you’re into some mindless fun.

Crimsonland HD is now available for purchase on the App Store for only $4.99, a price that’s more than worthy the game’s quality.