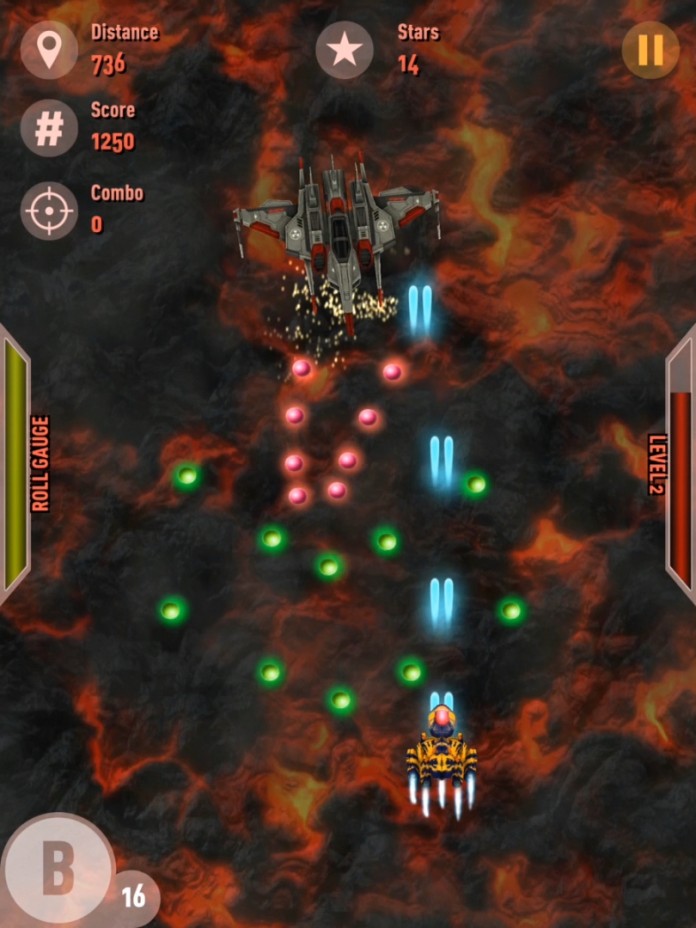 Those who have been playing for a long time will surely remember those brutally difficult shooter games commonly defined as bullet hell shooters where players have to defeat enemies while avoiding shots coming from all directions. If you’re longing for this kind of gameplay experience, you will be happy to know that another bullet hell shooter game is going to be released soon on the App Store.

Bullet Hell Infinite, developed by NB Games, plays like many of these shooter games. Players will be automatically proceed through the game while avoding bullets, defeating enemies and hope that the next wave of attacks doesn’t end your life. The game is not going to be as difficult as older games, but it’s still going to be quite challenging, with four levels filled with bullets and enemies.

Even though the game only features 4 total stages with 6 types of enemies, players will definitely be playing Bullet Hell Infinite for quite some time, as the game generates new waves of enemies each time you play a stage. This will definitely throw off those who were used to memorize patterns, making the whole game more unpredictable.

Bullet Hell Infinite will be released next week on the App Store. A precise release date has yet to be confirmed. We will let you know more about the matter as soon as more comes in on it.