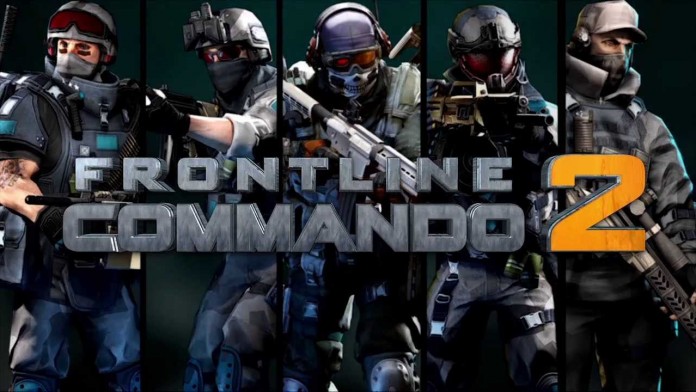 A new free to play shooter is now available for download on the App Store.

Frontline Commando 2 has been developed by GLU, the same team behind the first entry of the series. Just like the previous game, players will have to use covers to shoot and take out a huge number of enemies through several locations.

The first game’s experience has been slightly expanded in the new game, with the addition of new squad members possessing new abilities like healing and more. The locations are now more interactive than before, with destroyable elements. The overall experience has also been made more varied by the inclusion of boss battles, where players will have to deal with APCs, tanks and unmanned drones.

Unfortunately the game relies heavily on IAPs, so don’t expect to complete the game or get good performances with the weapons you can find for free in the game. The paid weapons are so much better than the standard ones so get ready to spend some real money if you’re enjoying the game developed by GLU

Frontline Commando 2 is now available for download on the App Store. Make sure to give it a spin if you like shooters. That at least is not going to cost you any money.