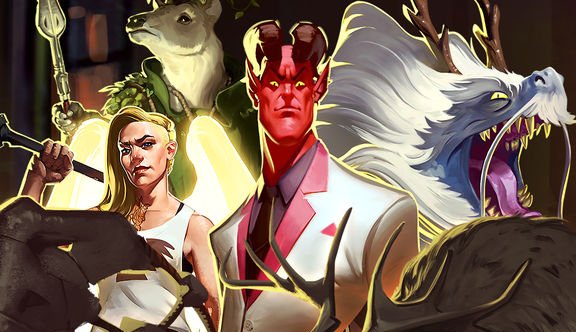 Shadow Wars is a great new iOS game that mixes card collecting battle mechanics with match three elements. It’s similar in concept with the famous Puzzles & Dragons, yet completely different and, in my opinion, much better. It has some great mechanics, beautiful concept art and a ton of amazing monsters – in other words, everything you could wish for from such a game. And we’re here to help make the experience even better by sharing with you a bunch of Shadow Wars cheats: tips & tricks to unlock all monsters and three star all stages.

So let’s not waste a single second – there’s a lot to talk about! Read on for Touch Tap Play’s Shadow Wars tips and cheats to improve your game!

1. Always do the cleaning
As soon as you three star an area, you can spend some money to clean it up. Make sure you do so immediately because each cleaned area gives you a bunch of extra goodies that will help you in the game even more. So don’t delay cleaning up after you’ve mastered an area!

2. Take advantage of the freebies
There’s quite a bit in terms of freebies that Shadow Wars is offering its players and you should take advantage of all the goodies. You are given the chance to summon a monster for free every 2 and a half days, you get a spin for goodies every 30 minutes and you can also watch ads every now and then for even more loot. Make sure that you do it as you can also win Monster shards which make your monsters even better!


3. Don’t rush to master all stages
Boss fights are usually very difficult to master (get three stars), but don’t despair! As long as you can beat those stages, they’re great for gaining XP for your heroes. Unlike most other games out there, Shadow Wars doesn’t let you replay mastered battles, but you can replay stages that you have less than three stars in. Do so over and over again and maximize the levels of all your heroes – this way, you will get better chances at beating all upcoming stages and you’ll also keep your XP boosts for new heroes.

4. Be smart when you choose starting heroes
Every time a stage begins, you get to choose the heroes who will fight in it. The obvious thing to do is to select them based on the weaknesses of the elements: if your opponents are Earth and Water, you can select Fire and Earth (and take out the Water element first) or go for Earth and Water yourself.

However, in each of this cases, you don’t really know what element will be the dominant one so you always risk having your opponent perform a strong attack and kill one of your monsters. After playing a stage and losing a character, you will know exactly who you’ll be dealing with, so you can plan your deck accordingly. For example, if there are two earth and 1 water enemies in a single wave, you can easily attack with a fire and two earth elements (and whatever the bonus hero is), destroy the water element first and easily take out the earth ones with your fire hero.

But there’s also a strategy that I found to work, and it’s even more surprising: if you can’t get a clear advantage (for example, attack only with elements that have an advantage over the enemy), attack with neutral elements. By “neutral” I mean elements that won’t get an advantage over the enemy but over which the enemy won’t get a boos either. For example, if the enemy has just green heroes, you go with a purple team (of course, in such a case you would go with a complete fire team). But there are situations when they have one of each element or two elements in multiple waves and it’s difficult to deal with them. In such a case, go with the neutral elements, ideally a healer as well and, even though the battle itself will take longer, you have better chances of three-starring it. Just give this strategy a try – as insane as it might sound, in the right circumstances, it will work!

5. Equip artifacts to your best monsters
You can get artifacts by playing the game, through the summoning portal, weekly events, by defeating bosses or from random free drops. These artifacts can offer great bonuses to your heroes, so make sure that you equip them to the ones that you like and use the most in order to make them even better. Great monsters are those that already have multiple stars, are of a high level and, most importantly, have great skills that you use in battle.

6. Enhance crew for boss battles
Boss battles are really tough and you should use all possible advantages when you’re facing a boss, if you want to three star it and not replay to get experience for your heroes. Enhancing the crew is a good idea since you will get nice bonuses overall. However, I would suggest to only use this when facing boss battles, otherwise you’ll be just wasting those precious boosting items!

7. Join a syndicate & add friends
As soon as you unlock this feature, at level 11 if I remember correctly, make sure to join a Syndicate. Also add friends in order to have better choices when it comes to selecting the Henchman (additional hero) in battle.

If you enjoy the game, why not watch my let’s play video where I experience the first 27 minutes into the game and absolutely love it? Check out the video below:

Do you have other tips and tricks for fellow Shadow Wars players? Let us know by commenting below!