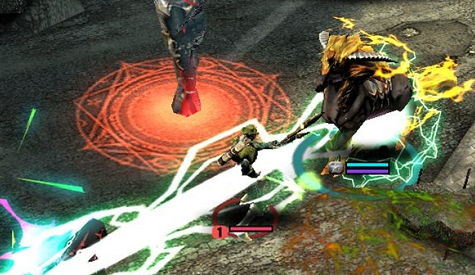 If you’re one of those gamers always on the hunt of the next Role Playing Game to play on the go on iOS powered devices, you’ll be delighted to know that SEGA has finally released a new game on the App Store.

If you have been following us the past month (if you haven’t, shame on you!), you should already know something about Demon Tribe, a role playing game which sports many features taken from other high profile role playing games like the Shin Megami Tensei series.

In Demon Tribe you will have to collect demons to use in battle. Not only you will be able to power up these demonic creatures but you’ll also be able to fuse them together to create a more powerful demon. This is going to be the fastest way to obtain more powerful creatures and win against your ememies.

The game’s combat system has been heavily influenced by trading cards and MOBA titles, creating a unique and compelling gameplay experience.

Demon Tribe is now available on the App Store. The game can be played on both iPhone and iPad. Check out some demon action by watching the video right below.