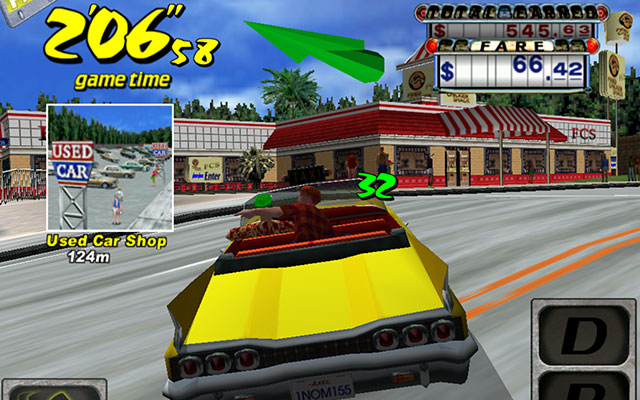 One of the most successful games released by SEGA in the past years is now available for a reduced price on the App Store. You think taxis are costly? No more, at least in the gaming world.

Crazy Taxi has been ported on a lot of different gaming devices. The game was originally released in arcades all over the world before receiving its first port on the Dreamcast, the final console produced by the Japanese company.

Since retiring from the hardware market, SEGA has been releasing its games on all platforms, mobile devices included. The iOS port of Crazy Taxi is incredibly well done, with the gameplay experience left almost intact.

Crazy Taxi is a really simple game on paper. You’ll be driving a taxi around town to pick up clients and leave them where they want to go in as little time as possible. Being quick will allow you to get extra time so that you can pick more clients and earn more money.

The game is really fast paced and a joy to play. It’s not a deep game or anything but being able to play on the go a successful arcade game has its undeniable charm.

Crazy Taxi is now available for a reduced price on the App Store. The game can now be bought for only 1.99$. Not so sure about this wild ride? Check out the gameplay video right below to make your final choice!