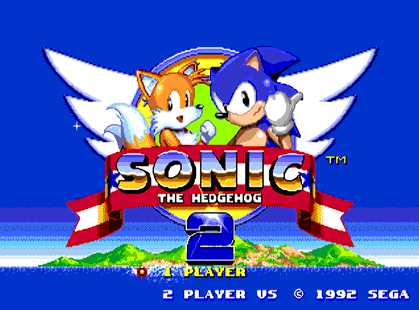 Like many other Japanese developers, SEGA is going to push its mobile games even more than before, going as far as releasing an updated version of an already available classic.

Sonic The Hedgehog 2 is one of best games starring the Blue Hedgehog and it’s been available on iOS for quite some time. The game is an almost perfect port that offers a good rendition of the classic SEGA Genesis game but lacks any good extra features. The new version of Sonic 2 will support widescreen and Retina displays as well as introducing a quite noticeable graphical improvement.

This isn’t really surprising, since SEGA released a similar update for the first Sonic game not too long ago.

Together with the new version of Sonic 2, SEGA has also confirmed that the publisher will release a mobile version of the successful racing game Sonic & All Stars Racing Transformed. Included in the iOS release will be a World Tour mode and it will support a 4 player local online multiplayer mode.

Two more mobile games have also been announced today: Rhythm Thief & the Paris Caper and Demon Tribe. The first title is a unique rythm game, a sequel to a Nintendo 3DS game; the second game is a MOBA title featuring collectible cards.

Sonic The Hedgehog 2 is now available for purchase on the App Store. Once the updated game is released, all those who have already bought Sonic 2 will be able to get the updated version for free. Thanks SEGA, your fans will definitely appreciate this little gift!