Home Mobile Gaming News Secret of Mana Now Available For A Reduced Price On The App... 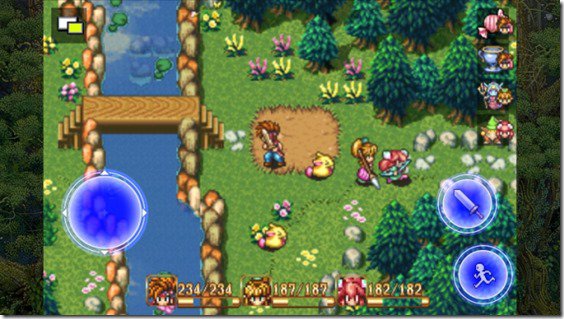 From today it’s possible to purchase the Square Enix developed game for the reduced price of $3.99. The iOS port is a quite good port featuring enhanced graphics and some extra features so the game is very well worth its reduced price.

The Secret Of Mana iOS port features improved graphics and touch screen support, among many other tweaks and enhancements that make playing the game a real joy. The game has also received a new update recently, introducing support for MFi controllers, touch screen controls enhancements, support for Retina displays and other interface tweaks that make the fonts visible even at higher resolutions.