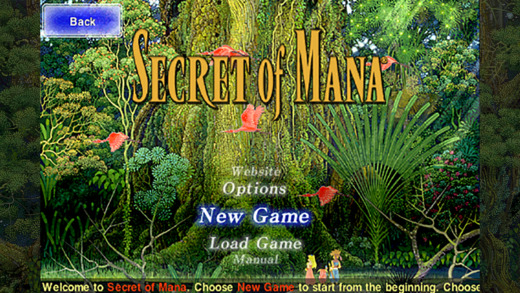 Following the release of new iOS versions, several apps and video games stop working properly due to compatibility issues. Most of the times these issues are solved quickly but other times developers need more time to address the issues. Secret of Mana, the classic action role playing game developed by Square Enix, is among the titles that stopped working on iOS 9 and nothing was said about a possible update. Thankfully the team didn’t wait too long to make their excellent action role playing game compatible with the latest iOS version.

The new Secret Of Mana update, which has been made available earlier today, introduces iOS 9 compatibility, allowing those using running iOS 9 on their devices to play the game. As the game’s runs smoothly, no other bug fix or tweak has been introduced in today’s update.

The following bugs have been addressed:

・The application does not launch.

Thank you for your patience and understanding, and we hope you continue to enjoy playing Secret of Mana.

Secret of Mana is now available for purchase on the App Store. The game is one of the best role playing games ever released so make sure to check it out if you haven’t already, you won’t be disappointed.