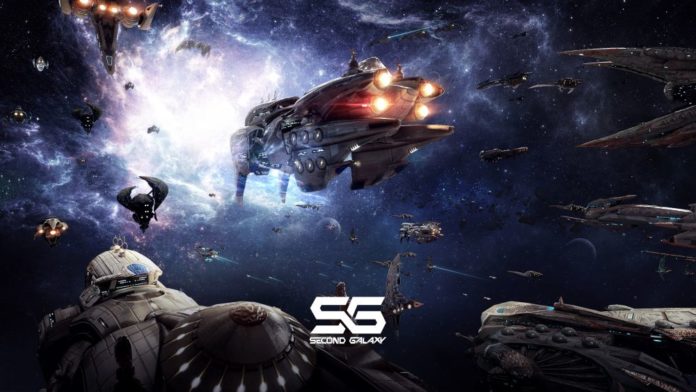 Space is the backdrop for many of gaming’s absolute highlights. Whether in the technologically primitive single-player void of Elite or the endless multiplayer intrigue of Eve Online, space is the biggest and most compelling canvas possible.

That’s why we’re excited by the news that Second Galaxy is coming to mobile very soon indeed.

Set 3000 years in the future, when humanity has inevitably expanded into space. Just as inevitably, the population of “Second Galaxy” has descended into conflict, cleaving into separate empires and fighting for domination over the starry abyss.

There are five of these empires occupying Second Galaxy, all living in a perpetual state of flux as they fall in and out of favor with one another, cooperating one minute and skirmishing the next. People never change.

Your role in all this is to navigate this politically complex deep space society, exploring, fighting, trading, and making expedient alliances to your advantage. Through your choices you’ll have a concrete impact on the evolving Second Galaxy universe.

Second Galaxy is a true sandbox game, meaning you can take any path you choose. You can be a merchant, a bodyguard, a poacher, a warlord, a miner, a manufacturer, an explorer, or any number of other things, in any combination. You can even form corporations with other players, and barter goods through the game’s dynamic trading system.

The scope of Second Galaxy is just vast. There are 4,961 galaxies. Yep – galaxies, all of them filled with planets, stars, moons, wormholes, dark matter, space stations, and so on. There are 50,000 stars, spread across a region 1000 light years in diameter. In case you’re not au fait with cosmological terminology, that’s very, very, very far.

Check out Second Galaxy’s Facebook page and official site here. And make sure you sign up for the open beta, which goes live on July 5th.