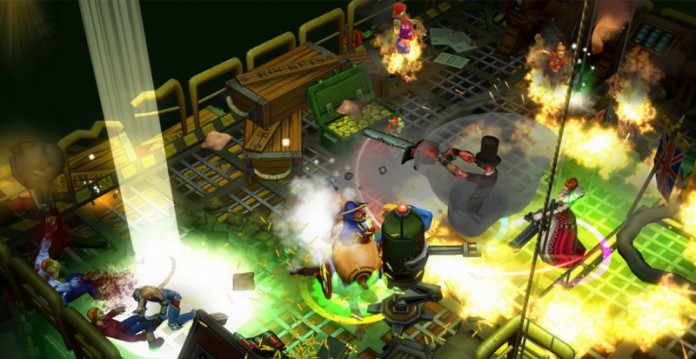 If there’s something better than action packed games are action packed games that can be downloaded for free. If you’re starving for some intense action games, you may want to take a look at Second Chance Heroes. Considering that it’s now available for free, you really have no reason not to get it.

In Second Chance Heroes you will be dealing with a lot of different monsters. This should be no problem, considering you can control Napoleon, Abraham Lincoln and other historical figures as they wield some really over the top weapons like chainsaws, cannons, chain guns and more.

The gameplay experience of Second Chance Heroes is quite fast paced and exciting. The controls may seem complex, with a lot of different virtual buttons, but they work incredibly well in the context of the game, allowing players to dish out some serious damage to monsters and get out of danger quite easily.

Second Chance Heroes is definitely not just going to be all about senseless destruction, not that it would be bad thing. To know everything about the game, you can do something incredibly simple: download it for free on the App Store. Or if you’re one of those lazy gamers that don’t download stuff until they know they might like, simply take a look at the game’s trailer right below.