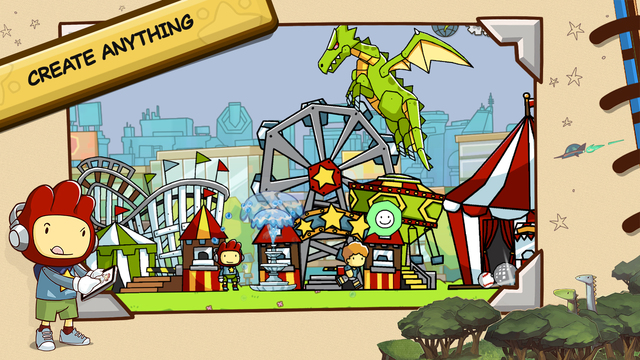 Some time ago a very interesting game called Scribblenauts has been released on Nintendo DS. This very interesting puzzle game allows players to clear puzzles by using a variety of objects which can be summoned to the game by simply writing their names. A few more entries of the series have been made available since then and the latest Scribblenauts title, Scribblenauts Unlimited, is now available for purchase on the App Store.

Scribblenauts Unlimited doesn’t play all that differently from previous entries of the series. Players will take on the role of Maximillian once again as they explore the world and summon objects with the help of his magic notepad. Unlike previous entries, players have much more freedom in exploring the game’s world and creating unique objects, as it’s possible to attach them together to create some really over the top inventions.

The iOS version of Scribblenauts Unlimited obviously lacks some of the Nintendo exclusive content but it thankfully features some other exclusive features such as a few new characters and more.

Scribblenauts Unlimited is now available in all regions on the App Store.