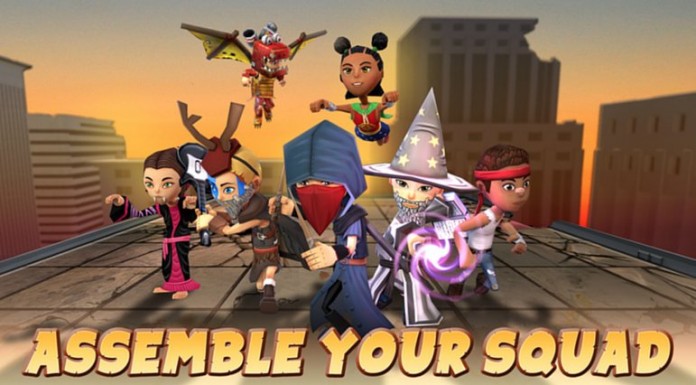 Scrap Force is a brand new strategy game with RPG elements launched for the iPhone and iPad and our latest addiction here at Touch, Tap, Play: it’s fun, it’s smart and it’s complex! But we’re not here to praise the game as it surely deserves, but instead we’ll be focusing on sharing with you some Scrap Force cheats and tips that will help you beat all stages, enemies and… well… everybody you encounter, protect your fort and be the best in the world. Big words, right? Maybe not all of these will happen, but we’re surely doing our best to help you at least a little bit to improve your game.

So let’s not waste a single second and let’s move on to checking out some Scrap force tips and tricks below!

Choose the order heroes attack carefully
It is extremely important to strategize and select the correct order for your heroes’ attacks: for example, if an enemy hero can’t be defeated in one shot, it might be a good idea to attack them with one of your heroes that has lower health, to lower their stats a bit, then finish them off with a powerful hero who will still have good stats after defeating them. Take out enemy heroes with your front line, for example, and then attack the fort with the back line, move them around to get the bonuses and always strategize. This way, you will always have the upper hand in battle!

Try to have the numbers on the board!
Ideally, you should have a full row of heroes deployed as this makes it a lot easier to attack the fort AND destroy the enemy heroes that are thrown at you. Even though you should make it your priority to destroy the enemy fort ASAP, you should never allow your enemy to get the numbers over you: try to have them at only 2-3 heroes deployed each turn in order to maximize your chances. The more heroes you have deployed, the more damage you cause: it’s simple! And if you manage to fill the board, don’t hesitate to switch lower power heroes with better ones.

Always consider the Hero special Skills
Some heroes have special skills: I personally like Alex who has Rush and can attack as soon as you’ve played him. Mitch is Nimble, which means that he can move to any square, but also gains 10 power every time a friendly Fire hero is deployed. All heroes have special skills and boosts – know them and use them to send them into battle or/and attack enemies at the perfect time!

Place low health heroes behind high health ones
This one’s pretty self explanatory: you get bigger chances at surviving heroes if you do this.

Use your items wisely
You can only get a limited number of items into battle and there’s a ton of them that you can unlock: depending on your style of play, you will find some better than others, but I personally try to bring in only items that affect my heroes or enemy heroes and not the forts. Either way, use them at the right time and you will get a major boost and greater chances at winning.

Get the most out of the arena
Although the same rules apply in the Arena, always have in mind, before destroying your opponent’s fort, to cause as much damage to the remaining enemy heroes. The Arena has the Damage reward thingie that you should try to fill up as fast as possible in order to get great rewards!

Replay older missions
If you get stuck and can’t complete a specific mission, it’s time to return to previously played missions, replay them over and over again and use the rewards to level up your heroes and get better. You can also look at your squad and make changes if you feel that they are necessary: but remember that you should have balance, including a lot of low cost units. It’s true that high damage units are preferable, but if you fill your squad with Heroes that cost 3 and upwards, you might lose every battle because the enemy will get the chance to fill their board up with quick heroes.

These would be right now our Scrap Force tips and tricks. If you have other suggestions for fellow players, let us know by commenting below!