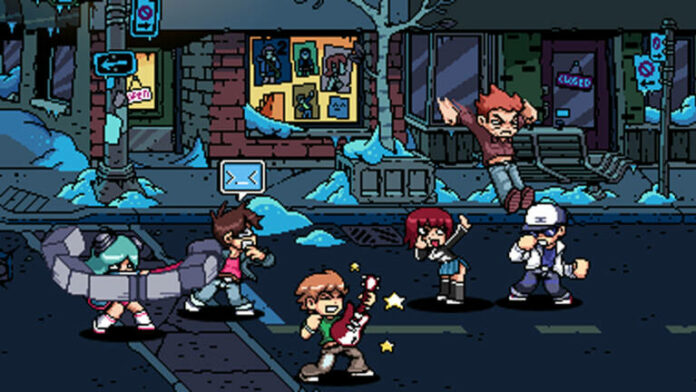 Scott Pilgrim vs. The World: The Game Complete Edition features a very diverse cast of playable characters all coming with their own unique moves that give them a certain something that other characters do not have. This is definitely the case of Ramona, a very fun character to play that is not overly complicated.

What can Ramona really do in Scott Pilgrim vs. The World: The Game Complete Edition? Let us find out.

Ramona Flowers could be considered as some sort of enhanced version of Scott. Like the series’ main character, Ramona is extremely simple to use, as her attacks have very little recovery and are quite easy to string together. What Ramona has over Scott is the amazing attack range of her heavy attacks granted by her hammer. These attacks also launch enemies quite far, so they are also a great way to set up some amazing wall and air combos.

Ramona has two unique moves like the rest of the cast. The first one, Tech Attack 1, is learned at level 16 and is performed by pressing up and heavy attack. This special attack is a spinning attack that deals damage both in the front and in the back of the character, and it is an on the ground attack, meaning that you can hit enemies that have been knocked down. The only major downside to this attack is that it has very slow startup, so it may not be all that useful if you’re under attack by multiple enemies.

The second Ramona’s special attack is Tech Attack 2, learned via Special Training. Performed by pressing down and heavy, this attack is a quick frontal attack that sends the enemy flying. While the attack is not particularly exciting and doesn’t have a whole lot of combo potential, it is a great technique thanks to its fast speed and launching capabilities, making it easy to create an opening if you’re surrounded by enemies. 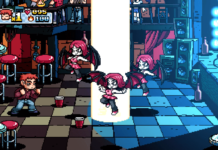 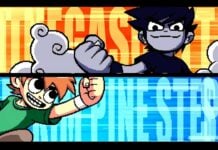