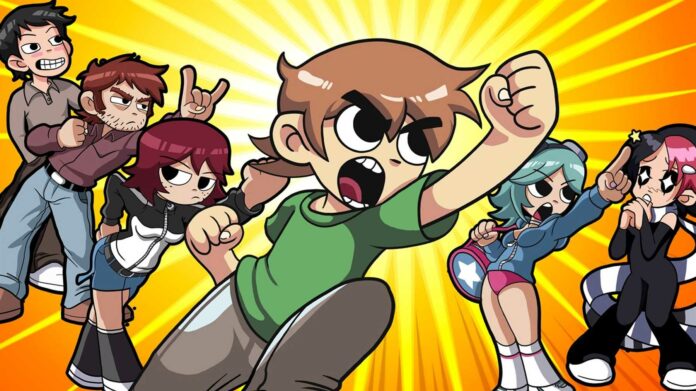 Scott Pilgrim vs. The World: The Game Complete Edition features a varied cast of characters that are not particularly difficult to control. Some are perfect for newcomers like Scott and Ramona, while others, like Kim, require a better understanding of the game’s mechanics and the character’s moveset to be used properly.

So, is Kim a good character, and what is she different from all the other Scott Pilgrim vs. The World: The Game Complete Edition playable characters? Let us find out.

Kim is the character in Scott Pilgrim vs. The World: The Game Complete Edition that could be considered as a character suited for intermediate players. She packs quite a punch, sporting great attack power and speed, but she is not great at crowd control, meaning that you will have some trouble making it out unscathed when fighting against multiple enemies. Kim’s attacks also have noticeable recovery, so you should always be careful when starting a combo, as enemies won’t have a hard time interrupting it.

Kim has two unique moves. Tech Attack 1, learned at Level 16, is performed by combining light and heavy attacks repeatedly, turning the combo into a hundred slaps attack reminiscent of E. Honda in Street Fighter II. This attack somewhat limits Kim’s combo potential, as you may unleash the move by mistake, but it also makes her even more powerful, as it hits incredibly hard. Like for many of her other moves, Tech Attack 1 has long recovery time, so beware.

Tech Attack 2, which is learned via special training, is performed by pressing down and heavy attack. It is a long-range energy projectile that has quite fast startup and decent power. This technique helps Kim controlling space much better, expanding her combat options and making her way more viable.