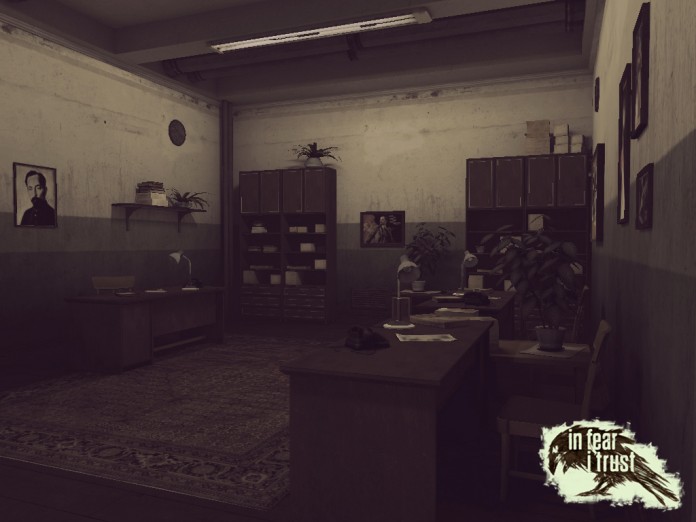 A new adventure/puzzle game is going to be released later at midnight on the App Store. It’s really appropriate, considering we’re talking about a scary game that requires the best atmosphere in order to be enjoyed to the fullest.

In Fear I Trust is a new adventure game developed by Black Wing Foundation. As it can be understood from the title, the game is a story driven horror game where players will have to escape from a pretty dark facility, where human experiments are being conducted. Making the situation worse is the fact that the main character has no idea how he got inside the facility in the first place.

Escaping this dark facility means that you will have to explore some scary labs and corridors. Regaining your freedom is going to be an easy task, as you will have to deal with ghouls, menacing machines and more. At the same time you will often find your way out barred and the only way to un-bar it is by completing puzzles.

The game resembles some classic adventure games from the 80s and 90s so if you’re an experienced gamer you will definitely appreciate the gameplay experience of In Fear I Trust.

In Fear I Trust will launch on the App Store at midnight. It will cost $2.99. If you want to see more of the game, you can check out a scary gameplay trailer right below.