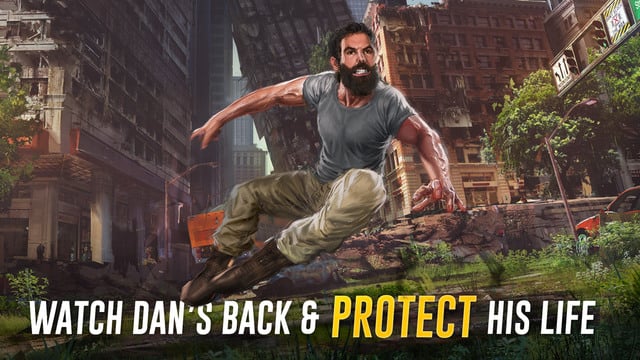 Dan Bilzerian has invited you to go shooting out in the middle of the desert. Like all good action stories, something’s got to go wrong! In Save Dan, you take control of Dan’s friend in a chaotic rush to, well, save Dan! Zombies have overrun your location and now it’s up to you to keep Dan out of trouble in this zombie-busting first-person shooter! We’ll help you protect Dan at all costs with our Save Dan cheats, tips and tricks strategy guide!

See those gray barrels just lying around? Those aren’t for decoration – shoot them and they’ll go boom! Wait until there are a bunch of zombies around one, then start the fireworks! This is useful if you’re getting overwhelmed, as a well-timed barrel explosion can wipe out a ton of zombies. Just be careful, as with anything else in the game, the barrel explosions can hurt Dan if he’s too close to them. Early on, getting caught in the blast might mean outright death for Dan since his health isn’t upgraded!

Headshot will grant you bonus points at the end of a run, but more importantly they’ll guarantee a swift zombie kill, no matter what gun you’re currently using. Killing as many zombies as fast as you can is the key to Dan’s survival, so always try to aim for the head. Remember that you can aim down sights, which zooms in a bit and steadies your aim.

Dan will spend his time on the field activating beacons, those little terminal with the green lights. As he moves between each one, his stamina will drop, and once it reaches zero it must recharge. During this time his movement speed will slow to a crawl, so keep an eye and be prepared!

You can spend your cash on either upgrading your current gun, or saving up to buy a new gun. The choice is ultimately yours, but we recommend saving up to buy a new gun. The later guns you can buy have a passive money multiplier on them, meaning you’ll get more money by just simply using the gun. In the long run this is the better investment, but you’ll also benefit from buying upgrades for your current gun. Try balancing it! For example, you can sink a couple upgrades for your starting handgun, then save the rest of the money you earn for a new gun.

Killing zombies doesn’t come without reward! Under the achievements, you can fulfill extra objectives that will grant you some sweet, sweet cash. This is one of the best ways to earning additional cash aside from just performing well during the levels. There are different categories, each with its own way of completing the objectives. For example, you might need to headshot a certain amount of zombies in a single run, while sometimes you’ll need to activate a specific amount of beacons. Just be sure that when you finish them, you collect your reward afterwards!

That’s all for Save Dan. If you have any other tips or tricks to share, leave a comment below!