Home News Save a Starship from an Intergalatic Attack in Cecconoid, Now Available for... 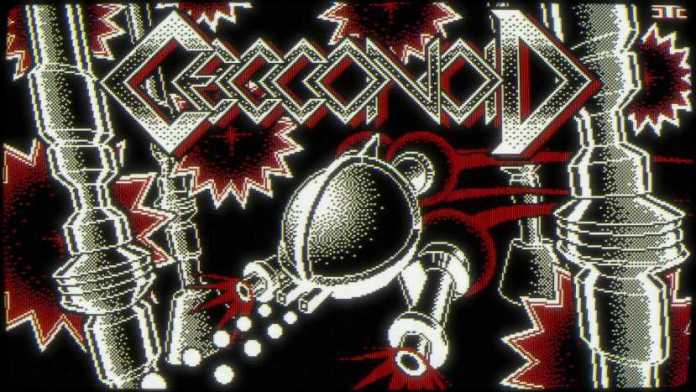 In the year 2088, the federation flagship known as the “Equinox” is suddenly assaulted by a mysterious force. During the chaos, the assailants are revealed to be none other than the nefarious Stormlord and his robotic army, the Exolons. You are the Equinox’s only hope!

Cecconoid is a retro-inspired twin-stick shooter. Pilot the cutting edge Samurai-1 fighter ship, storm the Equinox, and rid the entire ship of the Exolons. Find the captain’s key and rid the ship of invaders!

Players will pilot the Samurai-1 through a top-down maze of different rooms that covered the entirety of the Equinox. Using simple twin-stick touch controls, maneuver and take out the Exolons with the Samurai-1’s vast weaponry.

The Equinox features well over 50 rooms, so your work is cut out for you! Thankfully, the Samurai-1 is equipped with a dynamic system that lets it utilize six different power ups, including an orbiting defense drone.

With a black and white pixel art style and a powerful soundtrack, Cecconoid is a treat for any fans of the arcade classics. The game is available now on the App Store and Google Play Store for 1.99 USD.

Save a Starship from an Intergalatic Attack in Cecconoid, Now Available for iOS, Android