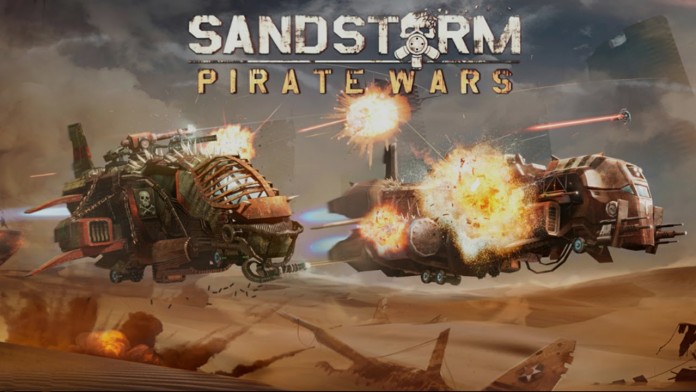 When there is nothing but scrap and metal left in a post-apocalyptic world, only the strongest mechanics survive! Sandstorm: Pirate Wars is an action RPG that puts you in the command of a Sand-Cruiser, a warship designed for total destruction. Lead your crew of pirates to victory with the help of our Sandstorm: Pirate Wars cheats, tips and tricks strategy guide!

1. Compete in the Pirate Arena!

The Pirate Arena lets you face off against other players. Make sure your ship and systems are upgraded before you venture in, otherwise you’re going to end up as scrap heap! In addition to the regular rewards you get from beating your opponents, there are also daily missions that rotate every day. These missions are worth valuable power cells, the premium currency of the game, so it’s in your best interest to do as many of these missions as you can.

2. Complete side missions for extra bolts!

Once you unlock the Tavern, you can head inside to pick up requests from the local townspeople. They each have their own difficulty, but it’s important to remember that the more missions you accept at once, the more enemies will appear during your journey. They will also have better ships, too, so be careful! You can see how targeted you are by the amount of skulls at the top right corner of the screen. Be sure to take on a couple of missions, but not too many, unless you feel ready for a fight!

3. Use Weapon Rage whenever it’s ready!

The red rage bar next to your weapon selection refills overtime. When activated it begins to drain but during this time all of your weapons have increased damage and will always critically hit! Weapon rage refills back again once it’s depleted, and it refills fast! You should use it at every chance you get as it can really tear through an enemy ship if not outright finish them off.

Keep an eye on your support systems! Systems like your shield and flares must be refilled once they’ve been drained of energy. You can do this by activating them just like you’re activating a weapon. Once you’ve built up enough energy, select the system and it will be refilled. It’s very important to keep them up, as a balance between offense and defense will get you far.

As soon as you complete the third story missions, you’ll be able to buy a new ship. We recommend not doing this however and instead sticking with the Raven. You can upgrade the Raven to make it more powerful, and in the long run it’ll cost less bolts. The second ship has better potential of course, but it’s quite pricey and a bit too expensive when you’re still new to the game. Stick with the Raven!

That’s all for Sandstorm: Pirate Wars! If you have any other pirating tips or tricks, leave a comment below! 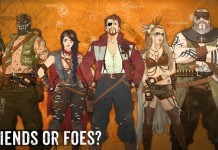