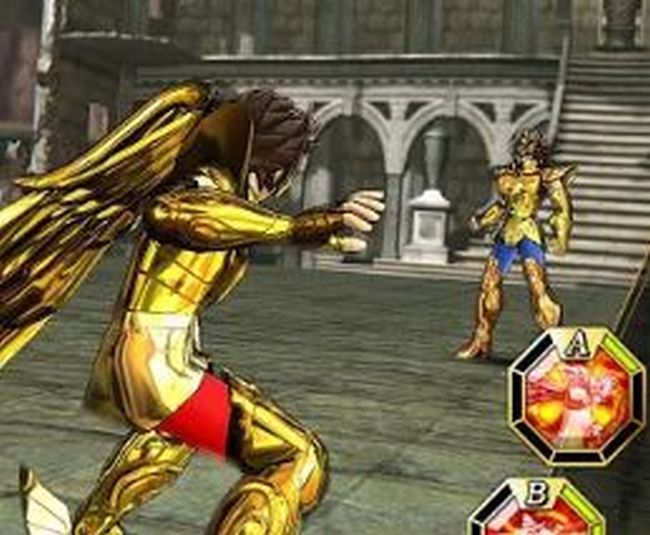 In today’s article we are going to take a look at all of the Saint Seiya tips and cheats that we’ve gathered for you and share them in a game guide so that you can get stronger fast and pass more stages!

If you’ve been around for long enough (or if you have been following all of the Saint Seiya news every other day) then you probably know about the previous games – well, this one is different and brings a new battle style: a lot more engaging and reliant on individual skills than ever before!

And if that is not enough, the amazing 3D graphics just make it 10x better! But since you’re not here to praise the game together, let’s get down to more serious stuff and dive right into the Saint Seiya Shining Soldiers tips and tricks right here below and teach you all that we’ve got up our sleeves to win more battles!

Start by getting your rewards and begin summoning

When you start the game you will go through a quick tutorial then you’ll be left on your own to figure out the rest and to assemble a powerful tag team! Well, one thing which I suggest that you do ASAP is head on to the “Gifts” tab (in the Menu) and claim all of the gifts you got there.

You should have over 1000 Galaxy Stones after doing this, and my suggestion would be to start summoning right away after. I honestly can’t decide which one of the two options there is better, as eventually you will do both of them:

– The Release Celebration Step Up Summon: This one costs a total of 3600 Galaxy Stones, with each Step Up increasingly more GS (Galaxy Stones). It’s good because you will get a guaranteed Gold Saint from the last summon, no matter if the others gave you or not anything good. So eventually it’s a good choice no matter what.

– Normal Summon: This summon is the “normal” one, in the sense that it doesn’t have any rates increased for certain heroes, and it’s all up to RNG what you get. Just like for the first Select Summon, you can summon the first time using only 20 GS, and then it will change price to 100 per summon. You can obtain good Gold Saints from this, but the chance is reduced as if it would be compared to the Select Summon.

I suggest that you try and get each one of the summons which you like more, but don’t forget that the Step Up is time limited, so you should do it in time window that it is available. As for the others, if you can use 20 GS to summon in the Normal Summon and the Select Summon once a day, it’s good enough.

I suggest that in battles you always go with your best heroes because it will make a big difference in terms of power.

The saints can be upgraded to boost their power. Every time you get a hero again and again, it will automatically count towards their rank. The maximum rank a hero can have is rank 15, but for all of the previously reached ranks you will gain certain bonuses depending on the rank: at rank 3, 6, 9, 12 and 15.

The heroes’ skills can be upgraded as well, and I suggest that you do it whenever you have the chance. There are certain items required to level up the skills, so if you gathered enough, try to upgrade your best Saints first.

Make sure that you read their effects and then choose which ones you want to boost first, as the items will require quite a bit of grinding in order to gather enough for all of the Saints – so prioritize the ones which will have the best effect for your team, then move on to the next one.

When fighting, pay attention to their skills

You should pay close attention to what skills you can and should use and select the ones which will deal most damage and have the best effect regardless. Depending on the heroes, the skills combo might be different so you should practice with them in the low levels or even in the Training Arena.

Play all the stages

There are several different chapters you can play in, and the beginning one is 12 Gold Places. Start by fighting here because you can see it is one of the lowest levels (level 1) and it’s fit for starting heroes until you upgrade and rank them up a little bit more.

As you get stronger, you can move on to the next stage and then the next one and so on. Just make sure that you finish all of the chapters that you start, because these rewards will keep adding up so it’s definitely worth it.

In the Training Arena you will have time limited instances where you can battle to collect various materials and goods. I suggest that you check these out and fight as much as you can for the materials you need the most because these missions will reset every few days. There are missions that give XP, Equipment Materials, Coins, and many more.

I suggest that when you cannot advance any further in the normal chapter battles, you start to play these – or simply play them when you want to gather items and make upgrades!

The missions are another extremely important part of the game, as they basically give you a lot of resources that you can use to boost the Saints. I suggest that you check them all out and try to complete as many as you can daily because they will help you in the long run by making you stronger (the sooner the better in my opinion).

Another important thing to mention is that when you complete a certain number of missions you will receive rewards for completion too! So try to finish all the missions you can. Some of the missions have really great rewards, such as clear tickets and whatnot, which otherwise can be bought by using premium currency.

Craft equipment for the Saints

You can craft various equipment by using materials and Coins, but you need to keep in mind that you can’t craft Divine Equipment. So for that, you will need to try your luck in obtaining it.

Well for start, the normal gear will do because one random ability will be granted which is super useful especially if you already have an already strong enough Saint (and you should have by now). Once you crafted gear, you can start boosting it (can be done twice). so that is going to enhance the gear stats.

To craft equipment simply head on to the Party tab -> Equipment Creation & Buff tab -> tap on all the equipment there and see what materials you need for each! Maybe you can already craft a few!

Log in daily for a lot of rewards and GS

Every single day that you’ll log in to the game you will be able to claim a lot of useful rewards, and along with them some GS (since the game has just been released). Because of all of these “new game” events you can quickly gather up materials, Coins and GS so make sure that even if you are too busy to play one day, you just log in to claim the rewards!

As you might’ve noticed, each Saint has their own color which can be the equivalent of their “element”. This can be either strong or weak against the enemy’s element, so it’s important that you always check out the enemies you have to fight and assemble a team which doesn’t have a lot of weaknesses.

If one of your heroes is strong against the enemy, then it will deal extra damage. If the enemy doesn’t take a lot of damage (as it usually should), then it means that your attacking element is weak against that type of enemy and you should use a different hero.

These things might not matter a lot at the beginning, but the more you advance the more important they will be, because enemies get a lot stronger!

These are all of our Saint Seiya Shining Soldiers tips and tricks that we have for you right now! Do you have some more tips and strategies about the game that you would like to share with us? Feel free to leave them down in the comments section below to be shared with everybody! 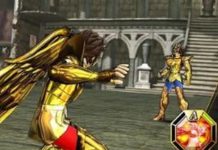 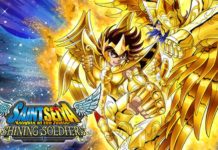