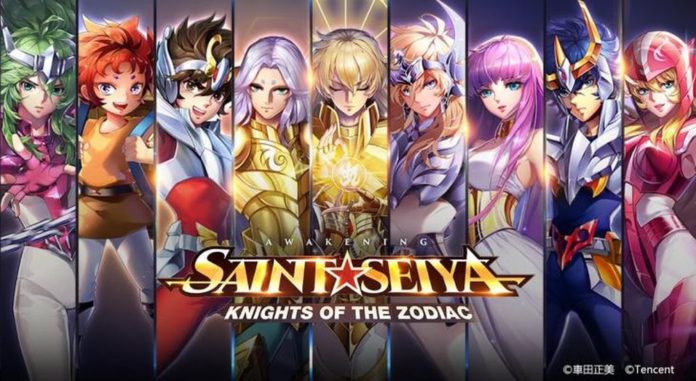 The new update, which is now live on iOS and Android, introduces new content to the game. The biggest addition is the new Poseidon Chapter, which sees the Saints battle against the Seven Sea Generals and the god of the Sea himself. Due to how the events in this chapter unfold, players can summon Gemini Saga once again, as well as Sea Dragon Kanon.

The update also introduces two new play modes. The first one, called The Shrine, will task players with completing a trial of the Element. The second, called The Coffers, will allow players to earn some Gold Coins.

Saint Seiya Awakening features many of the most popular characters in the series, like main character Seiya and the other Bronze Saints as well as music taken from the anime and even the original Japanese voice cast for most characters, which is something that makes the game feel like an episode of the anime itself. Characters are collected through Gacha mechanics, so you must be quite lucky to get your favorite character as soon as the game begins.