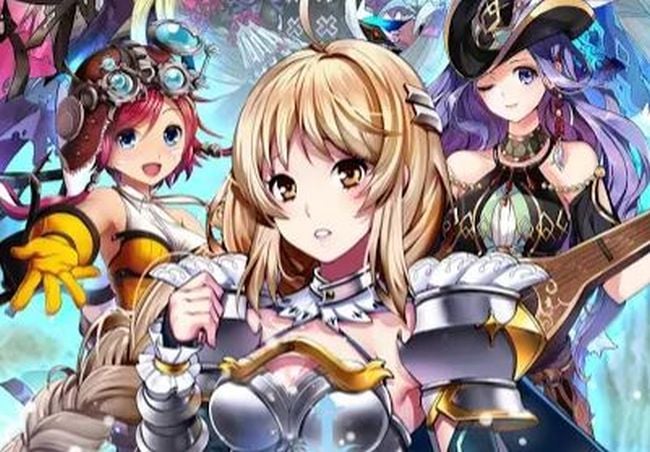 In today’s article we are going to cover all of the Sacred Sword Princesses tips and cheats to help you put together a powerful team able to take on anything and anyone.

I have to admit that this game as reminded me a little of Epic Seven, which is one of my all time favorite games. But that’s probably because of the intro, as well as the graphics which are pretty similar. But apart from that, it’s a pretty good game on its own.

So if you want to learn all of the Sacred Sword Princesses tips and tricks, then let’s not waste another second and dive right into them right here below!

While the game is loading, play the minigame for extra Diamonds

This option will appear at the very beginning, before you choose a character name and before you do anything in game pretty much. However, you should try to do it because it will give you some extra 60 Diamonds when completing it, so that will help you in the upcoming gachas for summoning more heroes.

Go battle in the stages

Another thing which I would suggest you do is battle the stage battles. These are going to give you plenty of EXP, let you collect quite a lot of Diamonds and also you will progress in the game and unlock new features.

There are quite a few things you can keep in mind when battling the stages, but one main thing I would suggest is that you always try to progress as much as you can, until you cannot advance any further.

When you have reached that point that you are not strong enough to pass through, you can then focus on making upgrades to your team and try to obtain new and stronger characters.

This is a milestone level which will unlock forge and a few other features, so try to at least play up to this level after you start the game, because it is not difficult and despite it being a boss level, it’s quite easy.

As soon as you start off in the game, you will be able to claim some really cool rewards which consist of over 1000 Diamonds. You can find these rewards when you are in the game’s main interface and by tapping on the interface in the right side, which will show you several sliding images.

Tap on it and you can select the Server Reward from the bottom side of the screen to claim the rewards. Make sure that you do this and not forget about it, because it is a whopping 2000-ish Diamonds, which is a good and easy way to get a few more character and get you closer to your first 3 star character.

There are quite a few missions in the game which you should do, so let me start listing them in order for you, so that you can focus on doing each and every one of them without forgetting them daily.

The Challenges can be found in the main interface of the game, in the left side of the screen. There you will find the Tutorial Missions which are super good because the rewards are going to give you many things, from 200 Diamonds per mission to gears and many more items.

All that you need to do is follow the tasks that the girl is giving you and try to complete as many of them as possible. For some, it might require you to get new characters and advance further in the game, but eventually you should be able to complete all of them.

Log in every day to the game for free rewards

Every single day you will be able to claim some daily login rewards, so try to do that even if you are not really planning on playing the game. Simply log in to claim the rewards because they will come in handy for another time when you do intent to stay and play for a while.

There will also be some monthly rewards, so not only daily individual rewards. Depending on the day of the month that you log in, there is a reward specific for it. I suggest that you try and claim them because they will come in handy.

The Daily Training missions can be found below the Challenges button, and there are three main categories of missions which you can do every day, each giving plenty of rewards:

– Daily Training: These missions are fairly easy, and once you have complete 7 daily training missions you will receive an extra 60 Diamonds.

– Progress Rewards: The missions here are going to give you Diamonds, so if you want to get a ton of Diamonds try to do your best and complete as many of these missions as you can.

– Commander Goals: The missions in this section will require a little bit more time invested into them, but the rewards will also be much better, so try to keep an eye on them and go about completing as many other missions as you can.

Event Missions are time limited missions which can be found in the Adventure -> Event Missions tab and there you will see when there is a new event mission. Try to complete as many of these as you can, because they give better rewards than the normal mission, but they also have to be completed within the time limit.

Everything you need to know about Gacha

The game will follow a gacha system, so you will need to obtain the characters by doing various summons in hope of getting the heroes you wanted. Also, we’ve put together a guide on how to get more Diamonds for free if you want to do the Step Up gacha much easier! If you want to get more heroes, let me tell you all about how you can get them:

– Starter Step Up Gacha: this gacha summon is a 5 step process which will require quite a lot of Diamonds to be spent (especially because step 4 is 1800 Diamonds and step 5 is 3600 Diamonds), but it will give you guaranteed a 3 star character.

Try to collect all of the Diamonds I previously mentioned and do this one first, because this will let you get your first 3 star character (unless you were super lucky and already got one from the previous gachas).

– Character Step Up Gacha: this is another step up gacha which gives you increased chances to get the said character.

– Character Gacha: this gacha has increased chances of giving you the named character.

– Normal Gacha: another pretty good gacha which you can do for free. However, I suggest that you save the Normal Gacha Scrolls until you have 10 of them because then you can use 10 scrolls to summon 11 times.

– Premium Gacha: this gacha will give you guaranteed a 2 star or higher character when you summon 10 times.

– Treasure Gacha: this gacha will give you various gears.

I suggest that you start off by doing the Starter Step Up because that will give you guaranteed a 3 star character, so there is no chances of wasting Diamonds and not getting anything valuable in return. It will require quite a lot of grinding, but once you get it done, it will be worth it.

When you are completing a story mission for the very first time, you will receive a first time clear reward, which consists of 20 Diamonds. I suggest that you try to pass more stages as best as you can because it will be a good way to get to doing your gacha summons.

Right next to the main storyline missions you will have the Exploration missions which are rated in stars. You should try to complete these as well, but try to do them with 3 stars each and every time because that way you will not have to re-do them.

I would suggest that you don’t do them at all if you can’t do them with 3 stars, because it will be a waste of AP.

Level up the characters

There you will see the Level Up option, so tap on it and select the exp books you want to use in order to level them up. At first, you can only upgrade the characters up to level 20, but once you have the materials to evolve them, you can raise their level limit.

When you have a character that is level 20 you will then be able to evolve it and unlock a new max level. You will need various materials to complete evolution, so try to collect these and focus on upgrading and evolving your best characters first.

Equip gear to your characters

Each character has a different type of gears that they can equip. I suggest that once you have all the heroes that you wanted, you start aiming to get good gears for them from either Gacha (which has some of the best gears in game) or from missions.

I suggest that again, you give your best gear to the best heroes that you have, because that will make it much easier to defeat the bosses and all the enemies. 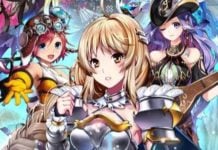 Sacred Sword Princesses – How to Get More Diamonds for Free