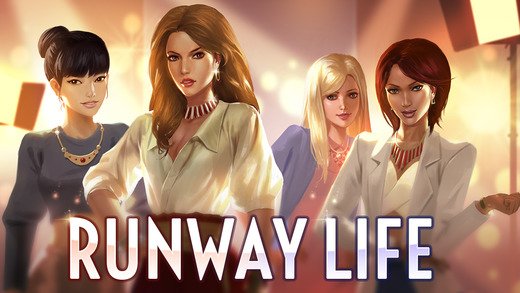 Runway Life is a pretty unique game that Pocket Gems have launched on iOS-powered platforms, one in which you take control of a new supermodel agency and try to work your way to the top. With some really nice features and player interactions, this is a game to keep an eye on! But we’re here to talk more about some Runway Life cheats, tips and strategies to use in game in order to progress faster and easier, to sign all the super models and get the most out of this amazing game.

So if you seem to progress to slowly, or you simply want some extra ideas on how to improve your game, check out our Runway Life tips and cheats below!

1. Vote constantly
One of the nicest features of the game is that the results of your photo shootings are decided by other players. You can and should be the judge too: every 30 minutes, you get the chance to vote on 10 models and always go for the one that you like the most. Not only that you help keep the game alive, but you will also receive a nice amount of cash that can be spent on expansions, decorations and especially new clothes.

2. Follow the quests
The quests are really difficult and some of them require you to spend diamonds to complete them. Focus on the quests though, get the rewards – which are usually diamonds – and slowly but surely you will get there and complete them all without having to spend any or at least too much real money.

3. Invest in clothes first
Money is really hard to get, but invest in as many clothes as possible for as many outfits as possible. The better your clothes, the better you will probably score when other players vote, and you get top rewards if you manage to get three star ratings on all your photo shoots. So the first step to get there is to have a huge array of clothes to choose from. But check out the rewards of the missions, as many will also give you clothes too and it makes no sense to invest in those.

4. Really work on your photo shoot
Just taking a picture, randomly, won’t get you far in the game because you will be competing against the models of other people and real people will vote on your photo shoots. So take your time, set up the perfect stage (using backdrops or decorations) and wait for the model to strike the perfect pose. If you spend some time working on all the details, other players will appreciate it and give you their vote.

5. Adjust your hair to jewelries
You can change your model’s hair during the photo shoot, and you should do so if you are wearing some nice earrings that you want the world to see: just having them hidden behind your long hair makes no sense in wearing them.

6. Time lapse cheat
We haven’t tried it, as there’s a risk to get banned if you do this, but some people are reporting that if you quit your game and go to your device’s settings, then set the time forward 30 minutes, you can vote again on other people’s photo shoots. This is a great way to generate extra money, but understand the risks before trying it!

7. Have the theme in mind
Both when voting but especially when you select the clothes for your model, you should have the theme in mind. If it’s “Chilly evening” wearing a short skirt and a top won’t help you much. Look classy and nice, but always adapt your clothes to the theme!

8. Replay older photoshoots
After completing a photo shoot, you can replay it with the same model even if you get the reward. You should actually do it, as often as possible, because replaying photo shoots that you have already completed will reward you with a ton of cash to spend on… anything you want to!

Do you have other tips and tricks for Runway Life? Let us know by commenting below!