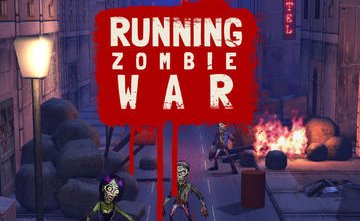 1. Don’t waste ammo
Ammunition is extremely important as it keeps you going, and you can only replenish it by collecting ammo boxes during your run. So it’s extremely valuable, which means that you should not waste it on shooting down every zombie that you encounter. Your main goal is that of running as far as possible in order to get more points and coins to level up your characters.

2. Always pick the boosts
No matter if we’re talking about the ammo boxes, the flamethrower, bike and so on, you should always do your best to pick up the boosts as they give you the chance to score a ton of points easily and make you basically invincible for as long as the boost is active.

3. How to use the flamethrower
Usually, stick to the middle after getting it, as you will encounter a ton of exploding barrels and you will easily take out all zombies. Be careful and scout the entire area, as always during a flamethrower run, one zombie will drop an ammo box and you should get it.

4. How to use the bike
The bike basically gives you invincibility – you can run through any obstacle or zombie. You can also tap the screen and shoot – you have unlimited ammo, so make sure you put that to good use and you kill as many zombies as possible in order to increase your score.

6. Don’t revive!
I know that you were a few points away from getting that high score you always wanted, but reviving costs you real money. So make sure you only revive your character when it’s really, really important to do so: AKA setting a new personal record that you know you won’t beat for quite some time. Otherwise, you’re just wasting money.

8. Always choose the safe route
This means that route where you don’t have to fire a single shot. It’s usually better to go the “pacifist” way and squeeze through zombies and obstacles and save that ammo for when you really need it. The safest route is the one that will help you get the most points, too, so it’s totally worth it!

9. Watch out for incoming buses
There will be areas where buses will come towards you. Try to always look ahead and spot them from the distance to make it easier for you to choose the safe route.

These would be our Running Zombie War tips and tricks for you. If you have other strategies to share with fellow players, let us know by commenting below!