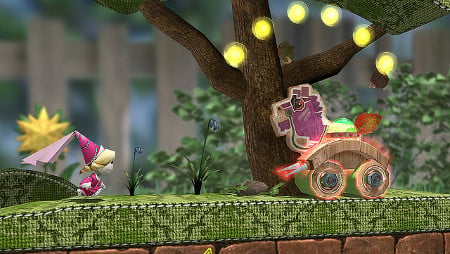 The Little Big Planet series, one of the more unique series developed in the past console generations, has finally landed on the App Store with an interesting endless runner game.

Run Sackboy! Run! is quite different from the main entries of the Little Big Planet series, as it doesn’t come with the unique creation features found in the main home and portable console games. What Run Sackboy! Run! does feature is plenty of platforming action and Sackboy, the main character of the series.

Run Sackboy! Run! is an endless runner game where players will have to tap the screen to jump over obstacles, collect items and defeat enemies. The game features plenty of optional content as well like stickers and other treasures that are hidden inside each of the game’s stages.

The unique presentation isn’t the only thing that sets Run Sackboy! Run! apart from the many other endless runner games available on the App Store, as the game seems to focus more on actual platforming rather than simple running. This has allowed the developers to create a more varied gameplay experience that will definitely make all fans of the main series happy.

Run Sackboy! Run! is now available in soft-launch mode on the New Zealand App Store. The game will be available in all regions next month.