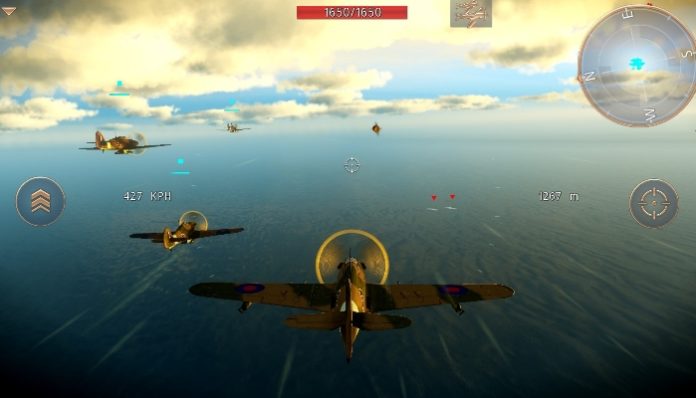 Atypical Games, known for their top-notch 3D games like Escape from Chernobyl and Infinite Tanks, is bringing dogfighting back to iOS in Sky Gamblers: Storm Raiders 2, the long-awaited sequel to the award winning flight simulator from 2013.

In Sky Gamblers: Storm Raiders 2, players will step into the role of a World War II ace pilot. Experience explosive dogfights in the air, and be immersed with realistic flight action complete with historically accurate fighters and bombers.

The iconic plnaes of WWII are all here for you to collect and customize. Each plane has its own distinct stats, so try them all to find out which fits you the best. You want to look your best when you on the battlefield, as the game’s realistic damage system makes planes look completely worn out after taking some hits.

When you are not battling in the air, you can enjoy some side missions where you must take off with proper calibrations and speeds, and you can even try your hand at landing a plane safely on runways and carriers.

And of course, this wouldn’t be a world war if we did not have global battling! Sky Gamblers: Storm Raiders 2 features full-fledged online multiplayer split between cooperative and competitive modes, including Team Deathmatch, Survival, Defend the Base, and more!

Sky Gamblers: Storm Raiders 2 is available now on the App Store for 4.99 USD. 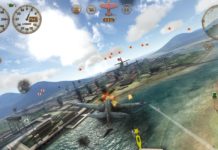