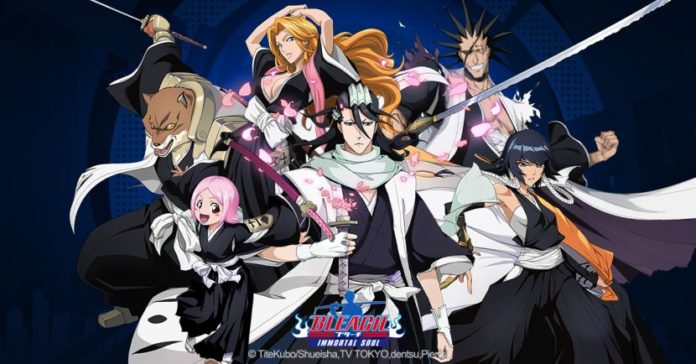 Anime games are all the rage on iOS and Android, with all of the most popular series having received at least one video game adaptation. If you are a Bleach fan and you have been dying to play with your favorite heroes on your mobile devices, you will be happy to know that you will be able to do so soon.

Bleach: Immortal Soul has been confirmed for a March 10th release on both iOS and Android. Both games are available for pre-registration, and those who do register before the game launches will be able to get some bonuses that will help them get started.

Bleach: Immortal Soul is a role-playing game where players must collect characters from all over the series, create a powerful team and defend Karakura Town. All of the most popular characters will be in, complete with their special attacks and unique traits.

Being a gacha game, you will be making a lot of collecting. All heroes can also be upgraded, giving players ample team-building and battle options.