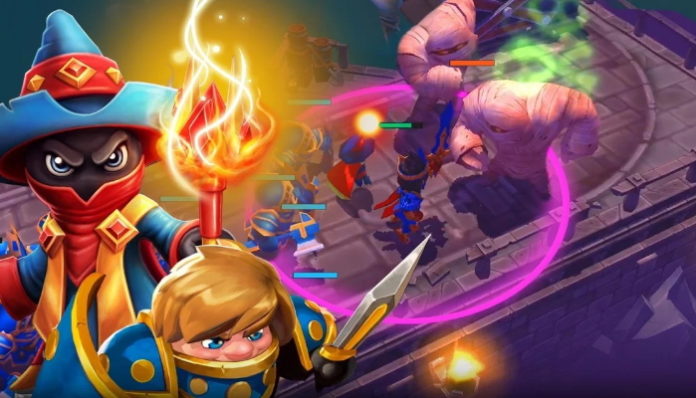 With new units, new spells, and new towers, Royal Revolt has never been so explosive! Our Royal Revolt 2 tips and trick will show you how to get more units and build your kingdom up quickly.

Royal Revolt 2 is a bigger and better sequel to the original game, so there is a lot more to do here. Let’s get started with our Royal Revolt 2 cheats, tips and tricks strategy guide!

Move with your units!

If you find that your king is taking too much damage when you are approaching your opponent’s towers, try to move under unit cover. Wait for your soldiers to catch up to you, then let them go first so that they attract the attention of the towers.

This way you can move in and assault the towers without fear of getting shot at. Of course, you may want to do the opposite with certain fragile units like archers.

Keep your kingdom busy and use the suggestions!

Your king’s strength in battle is directly equal to how developed your kingdom is. This means that you will need to constantly build new buildings, upgrade your existing ones, and unlock new units.

If you are ever unsure of what to work towards next, simply tap the three arrows button on the left side of the screen. This shows your current building queues, and there are even suggestions for what you should build next.

Know your units’ strengths and weaknesses!

All of the units in Royal Revolt 2 excel at taking down certain towers or enemies, and conversely have their own respective weaknesses as well. Some have high health but low damage, some can attack from a distance, and so forth.

It is also important to note that each type of unit has natural resistances to a certain damage type. Consider this when you are choosing which units to attack.

Continuing off of the previous tip, you will need to keep track of the types of damage that you can dish out and receive. Damage is split between two types: regular and elemental damage.

It is a lot to take in, but every single unit and tower has specific weaknesses that you must take into consideration before choosing your loadout.

As one example, Arrow Towers take a massive 300% damage to fire attacks, making them especially susceptible to Pyromancers and other fire attackers.

When you are going into a battle, take a look at the info panel as you can see exactly what kind of towers and units your opponent is using. Use this info to plan accordingly!

Bring some friends in!

As you play through matches, you will earn special vouchers that can be redeemed for helpful goodies, including food, gems, gold, and special locales for your kingdom. If you invite a friend to the game, you will earn vouchers at an increased rate!

So, if you know anyone who is interested, send them an invite! Even if they do not play the game for a while, you will still be earning more vouchers.

Size up your enemies!

As we mentioned before, the info panel serves as a little preview into what your opponent is packing. You can even see how upgraded their units and towers are, so take that into consideration as well.

If your opponent seems like they might be out of your league, do not hesitate to find a new enemy. It is much better to use the small gold fee than waste food on a hopeless assault.

That’s all for Royal Revolt 2! If you have any other tips or tricks to share, let us know in the comments below! 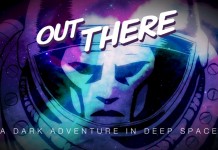 Best New iOS Games: Out There, The Voyage, Autumn Dynasty Warlords and More 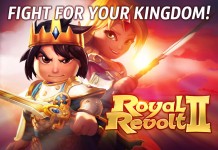