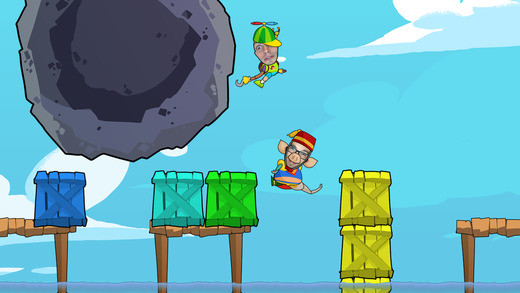 Rovio is a team that definitely knows no rest. Following the recent release of Angry Birds Stella, the team has now soft-launched on the Canadian App Store a new free to play title that promises some truly mindless fun.

The new game is called Selfie Slam and it’s a compilation of fun mini-games where the players uses an avatar with their face. The first thing players will have to do in the game is take a picture of themselves and create their avatar. Only after all this has been done, it will be possible to try out some of the game.

The Selfie Slam mini-games are actually quite simple, ranging from a platform game to a soccer one. Being a free to play game, players will only have a limited amount of lives that must be restored again in order to play more. Completing each mini game will allow the player to earn multiple currencies, which can be used to purchase new items for your avatar and more.

Selfie Slam seems like the perfect game to play for a few minutes on the go. The mindless fun of the mini-games and the wacky art style also make it a game that’s suited for pretty much all kind of gamers.

Selfie Slam is now available in soft-launch mode on the Canadian App Store. There are no news on a release date for the rest of the world at the moment but we will let you know more about the matter as soon as more comes in.