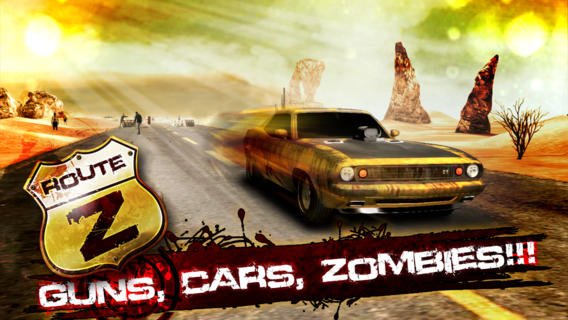 Or, better put – the anti-zombie driver. Either way, one thing is clear: we’re here to share with you some Route Z cheats and tips that will help you get the most out of the game and get as far as possible. And it won’t be easy, but since the zombie apocalypse gives you little extras except for time, you’ll be able to eventually make it.

So let’s not waste any time and let’s check out below the Route Z cheats and tips!

1. Time lapse cheat
You don’t want to wait for your keys to replenish? Simply go to your device’s settings and set the time ahead by 50 minutes. You’ll have a brand new set of keys just for you, to keep playing and bashing those zombies!

2. What to upgrade
First thing, make sure that you upgrade your Fuel at least twice, then go all the way up to level 5 with the shield. The thing is that pretty early in the game, you will have a mission that will require you to run out of fuel for a specific number of times, and the more fuel you have to spend, the more difficult it gets. So don’t rush to upgrade your fuel tanks too early in the game and wait for everything to happen at its own pace.

3. Complete the missions
Your main goal will be, at least early on, to complete the missions. This will unlock new boosts and new cars for you – better cars, so make sure you get to level 5 as soon as possible. You’ll have a brand new car to buy and it will be cheap-ish, plus the first boost to use whenever you really are in need for some extra help.

4. When to use the revive
It is indeed extremely expensive, and the revive won’t take you too long unless you have a good car. However, if you’re just about to complete a mission in the game – a very difficult one – and the revive might help you get it, go for it. Otherwise, start over and keep your hard earned coins!

5. Upgrade the weapons too
If you go into the Garage, you have the option to upgrade your weapons too. Not really a necessity, in my opinion, until you purchase the second car (because you should be into saving mode until then), but you decide when and how to do it.

6. Combos are your friend
If you’re looking to get that high score that all your friends will envy, then you definitely have to go for combos. Try to smash as many zombies as possible in a row without hitting any obstacles. The easiest way to get to a great zombie combo in Route Z is to start early because later on there will be more obstacles and it will be more difficult to get combos. But still focus on getting them.

7. Stay away from special zombies
No matter if we’re talking about the relatively harmless zombies that jump on your car (you can smash into them before they jump) or the really dangerous fire zombies that run towards you, you should try to stay away from them. And also make sure you avoid those annoying exploding cars that seem to target you no matter what. And then upgrade your armor a bit more to make everything easier.

8. Practice, practice, practice
This is not a game that you’ll master very fast. You need to spend time playing it, wait for Keys to recharge and then play some more until you can get a better car, better upgrades and generally get better at the game. But eventually you will master it, so keep practicing. You will be rewarded with a huge high score eventually!

Do you have any other Route Z tips and strategies to share with fellow players? Let us know by commenting below!