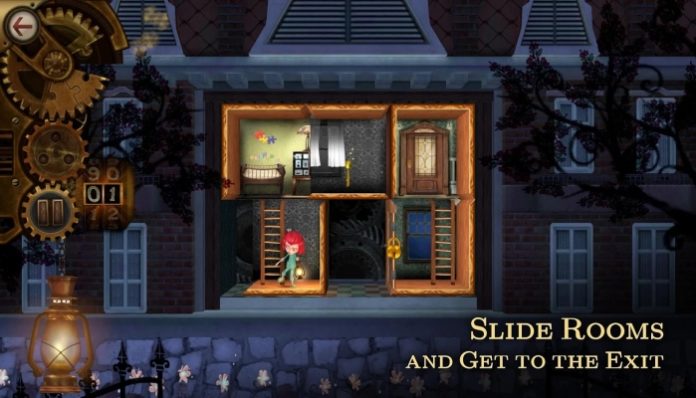 A curious little girl named Anne reads about a mysterious toymaker who was rumored to have created some spectacular contraptions, including shape-shifting rooms. One night, the girl finds a new odd structure appear out of nowhere down her street, and she wanders inside to figure out where it came from…

Rooms: The Toymaker’s Mansion is a new puzzle adventure with unique sliding mechanics. In order to get through each room, the girl must utilize the ability to move around individual parts of the room.

Each part will have unique mechanisms that you will need to use in order to further clear the path forward. As Anne progress through the mansion, she will be able to use special abilities like being able to teleport using her cellphone.

There are four separate mini mansions within the main mansion, and Anne must traverse all of them through a total of 144 levels. Once she approaches the end, she will learn the dark legend of the mansion…

Rooms: The Toymaker’s Mansion is the direct sequel to Rooms: The Main Building, which was released back in day on the Nintendo DS and Wii, and Steam. It has been a long time coming but the sequel is finally here.

Rooms: The Toymaker’s Mansion is available on the App Store and Google Play Store for 4.99 USD.