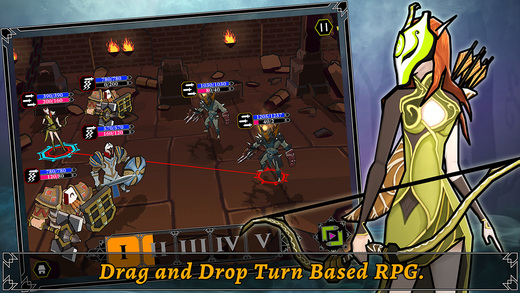 A new role playing game published by Square Enix has been released on the App Store without any real announcement, a free to play RPG coming with some rather neat features.

Masters of the Masks, developed by Lastmoon Games, is a new role playing game where players will have to fight plenty of enemies, customize characters and more. Unlike several other games, in Masters of the Masks players will have to use gestures to execute commands in battle, a nice feature that sets the game apart from the many other RPGs available on the App Store.

Another really interesting feature found in Masters of the Masks is the unique crafting system. Thanks to this system, players will be able to create masks by using items that are obtained after each battle. These masks give characters special abilities and stats upgrades so it’s really important to understand this system to proceed through the game.

Masters of the Masks is now available for download for free on the App Store. The game is rather unique so make sure to check it out if you’re a fan of role playing game and looking for a new game to play on the go.