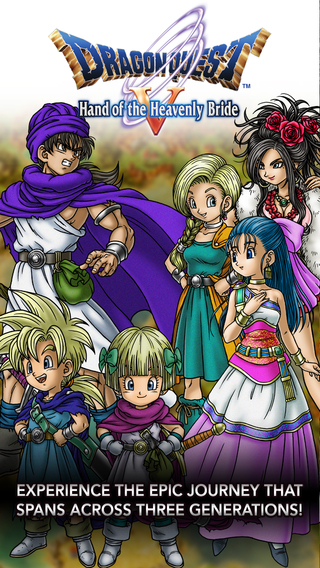 Another classic entry of the Dragon Quest series is now available for purchase in the App Store in all regions. The game is one of the more successful entries of the series, which has been originally released on the Super Nintendo system before being ported on a variety of other formats.

We’re talking about Dragon Quest V: Hand Of The Heavenly Bride, the entry of the series which allows players to befriend enemies and use them in battle. The game is one of the first video games to ever include such a system, which has influenced pretty much all other later games featuring monster catching and raising mechanics.

The Dragon Quest V plot is also incredibly interesting, as it follows the hero and his family over the span of 30 years. Players will also have to choose the hero’s bride, a choice that will influence how the second part of the game plays out slightly.