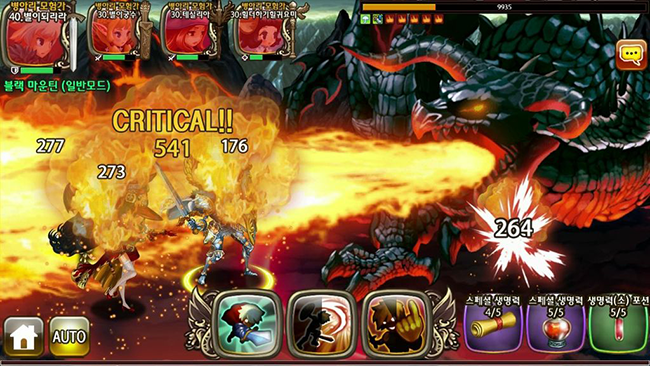 If you’re a fan of games developed by teams from Asia, there’s a good chance that you already know about Dragon Blaze, a role playing game that’s been released earlier this year in South Korea which managed to become incredibly successful in a short amount of time.

If you wanted to try out the game and you don’t know Korean, you will be happy to know that the game will be released next month in all regions on the App Store thanks to Gamevil.

Dragon Blaze is a side scrolling role playing game where players lead a team of heroes in battle, joining other players’ characters. The game also features special abilities and items which are rather helpful in battle.

Dragon Blaze also comes with plenty of multiplayer features. Players are able to join others in co-op boss raids as well as fight other players in the PvP arena.

Dragon Blaze will be released on the App Store sometime next month. If you’re interested in the game and are planning to try it out once it becomes available, you may want to pre-register right now so to receive some useful goodies such as S-rank cards and experience boosts.