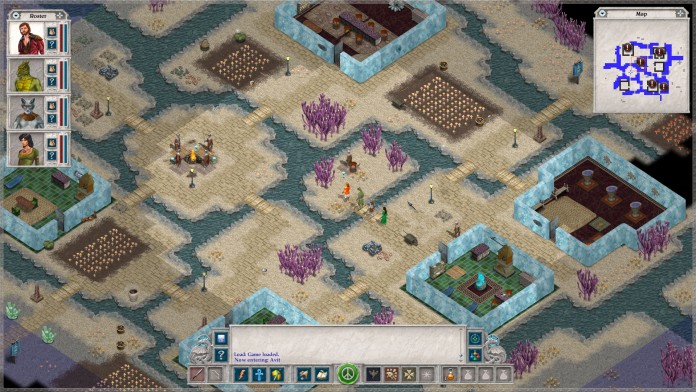 Avernum 2: Crystal Soul, the role playing game developed by Spiderweb Software, was supposed to be released this week on the App Store in all regions. Unfortunately the game has been available for little time and it looks like the game will not be available on iOS again, with the team ceasing development of iOS titles.

The news has been confirmed by the team itself in its official forums. Apparently the game doesn’t work properly with the latest iOS version, iOS 8.3. Once the issues have been discovered, the team pulled the game from sale.

There is currently a serious bug in the newly-released Avernum 2 HD for the iPad. For some reason, the game is having trouble registering touches on parts of the screen. Rotating the screen can return functionality temporarily, but the game is pretty messed up.

It seems that what happened is that the game worked correctly on iOS 8.2. However, it is broken on iOS 8.3, which came out while the game was in Apple certification.

Technical reasons aren’t the only ones behind the decision to stop the release of Avernum 2: Crystal Soul and other future iOS games from the team. Spiderweb confirmed that their games just don’t make enough money for the team to continue releasing them on the App Store.

As for the rest of the games publlished by the team, they will continue being available on the App Store as long as the team can support them. This most likely means that if a future iOS update makes them unplayable, they will be removed from sale just like it happened with Avernum 2: Crystal Soul.