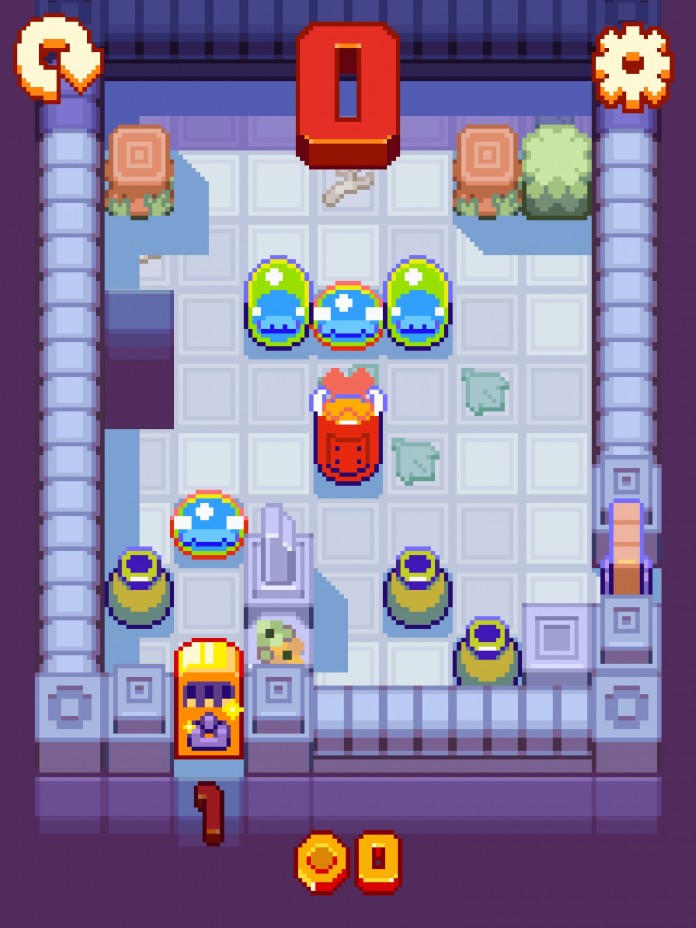 Nitrome is a team that needs no introductions, as it has released some of the more popular iOS games ever released. The team has been experimenting a bit in the past few months and another really interesting game is going to be released very soon on the App Store.

The new game is called Rust Bucket and it’s a roguelike game where players will have to explore different rooms with a turn based system. The game’s main mode will be the Endless Mode, where players will obtain one point by clearing a room. Even though the game is going to be quite challenging, players will be taught the basics of the game with a short tutorial so the game definitely eases the players into its mechanics.

Rust Bucket will be released on the App Store this week, on December 17th. The game will be released as a free to play game supported by ads, with the option to get rid of them for good through an IAP. We will let you know if anything changes as soon as possible so stay tuned for all the latest news.